The latest release on One Of A Kind finds the label showcasing new remixes of Framewerk’s ‘Iridescent’.

Originally released in June of 2016 as part of the ‘Floatation’ EP it showcased the UK duo’s character rich design and timeless approach. Now as 2017 approaches its second quarter One Of A Kind invites Robert Mason and Stereo For Two to reinterpret the track for the new year.

First up and also making his debut appearance on One Of A Kind is Robert Mason. The Canadian artist is fresh off a remix for his own Modern Agenda imprint which kicked the year off in style. Now continuing that great flow Robert takes ‘Iridescent’ into deep and dark territory with excellent results. Played out over ten magical minutes Robert reinvents the main themes over a club friendlier framework. Neatly tailored drums, haunting vocals and ethereal motifs sit nicely over a smooth rhythmic core, carrying the track with ease into the break. The scope of the piece expands here immensely with cinematic swells rising for moments that sit comfortably between dramatic and emotive. It’s a uniquely creative space and one which is story-boarded perfectly. it’s long but justly so and it perfectly foreshadows a killer third act as well. Brilliant remix from Robert.

The release concludes with Stereo For Two who are also making their first appearance on One Of A Kind. The Belgian duo are perhaps best known for their productions on the long standing UK imprint Baroque Records and they have also just recently released a remix of Kay-D on Mellophonic. Their smooth, musical style works wonders on ‘Iridescent’ with kaleidoscopic motifs and vocal phrases being the main components. They work together wonderfully, particularly during the main break and all through a fluid third act where emotive chord changes take you home. A lovely remix from Stereo For Two and a great remix showcase from One Of A Kind. Don’t miss it. 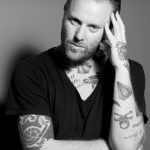 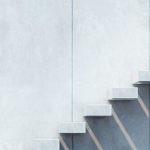