Octopus label boss, Sian – stands out a little more alternative than most average electronic artists. His label Octopus releases some of the most cutting edge emerging artists and top charting releases, no to mention his exciting forthcoming album “Capital Crimewave” due out this April. Expect the unexpected from this production.

Your DJ name is ‘Sian’, and your label is Octopus Recordings – how did you decide on these names, and do they have any special or particular meanings to you?

So Sian is an old Irish word that means something like ¨Echo”. I think it’s simple and clear, I like four letter words and minimal names. I guess it´s memorable, straightforward and has a deeper historical significance to my heritage too.  Octopus is related to my love of Marine Biology, which I studied for a very short time before music happened. Octopus are absurdly interesting creatures constantly surprising science with their alien DNA!

You moved to Los Angeles last year after being based in Barcelona, what prompted this move? Has this helped influence a healthier lifestyle for you?

Absolutely, I had so many great times in Spain, but LA is where it´s at for me now. I felt like I needed to be in the states during this period of electronic music scene explosion, and touring has taken me over here more and more lately. The EDM kids are growing up and getting into more intelligent dance music, so it´s important to be here and build mine and the labels profile. I had always wanted to live here, for reasons outside music too; sun, surf, food and culture. It has definitely promoted a healthier lifestyle. I´m vegetarian and Spain is in the middle ages food wise I feel for health conscious choices. California is like a Mecca of healthy food. I also cut down on the partying, which is a huge part of living in Barcelona, the most hedonistic city I have ever lived in!

Your last label compilation “Octopus100” was released back in December. You collaborated with Aaron Jaws Homaki on skateboard decks for the release – is skateboarding a sport which you have always enjoyed or something since you moved to the USA?

Yes indeed, I skated for 16 years of my life – every day! I vowed to stop skateboarding at a certain age without injury, so I stuck to that and focused on not getting smashed up, or sustaining a long term injury. People don’t get how lethal it can be, if you watch Jaws railing huge steps or doing tricks off the second story of a building it really shows how fearless skaters are, they’re super hardcore and have a defiant attitude. You don’t think about that when you’re young and think your made out of rubber. I quit while I was ahead but am still a huge fan and advocate of the skate culture, that’s why I wanted to connect our Octopus100 project with skating, linking the two worlds I love.

Being on the road and travelling heavily especially with your upcoming album tour, no doubt limits the time you have to stay fit – what do you do nowadays, are you a gym man or like to do outdoor sports?

I try hit the gym every couple of days and luckily most good hotels have decent facilitates on the road now which really helps. Getting in a work out on the road keeps my energy levels up during those ¨death by boredom¨ travel periods and can break up the monotony and unhealthiness of air travel. I also box, have done so and off for ages, which gets that extra demon aggression out. It’s something that used to take the form of partying I guess. It´s definitely hard to keep to a routine when your world and time zones are upside down. But I try!

You mentioned earlier that you’re vegetarian, do you find this hard work when travelling? Was this a decision made since living in LA – as we know going Vegan seems to be more fashionable than ever right now.

Yes, that’s the annoying thing about visiting some places outside of states that have less food options, we are spoiled in LA for healthy and outrageously tasty veggie food, even the modern street food and food truck culture has now morphed into mad healthy pseudo gourmet food all over California.
If I go to places in Europe or South America that are a little behind culturally, I end up eating anything other their staple dishes which are usually meat based. I also have to get creative in airports, they can be a challenge since their options are either fast food or basic croissants and coffee everywhere. I have lived off granola bars for days in airports.

Your next album is due out in April, with a note to “expect the unexpected” – what’s the difference with this production and your last? Can you tell us a little more?

It’s the first time I have ever ventured further into a bigger sound and collaborated with artists from the Hip Hop world, and fused some of that into my sound. I had both two LA based artists; AG Fernandez and CL join me for a number of collaborations on this LP. It ranges from dubbed out spacey tunes to harder acid based Techno sounds, combined with the guest vocals of some LA based artists. It´s pretty raw and energetic. It’s kind of a bold step into new territory for me.

With techno being such a growing genre of music, and many thousands of people every year flocking to Ibiza, demand only gets higher, more gigs, more nights out and more travel, whilst we are all getting older. How do you think artist can sustain a career and longevity, and not destroy themselves along the way?

It´s a big topic of conversation now as people in the scene become casualties of the party lifestyle. A DJ is doing what most people usually only do once every few months. Flying around in hectic stressful ways, running to club, airport and home with no time for proper nutrition or sleep, and it definitely takes its toll. I realised recently if I want to do this long term, I have to plan and take care of a few basics. Cutting out the party nonsense when I have responsibilities was essential. Anyone that burns it at both ends long term will compromise their health or their career fast. 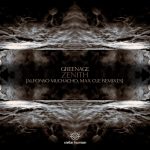 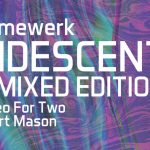