Reset Robot is playing Drumcode’s stage at Junction 2 Festival tomorrow and talks to us ahead of his hotly anticipated appearance. We heard the weather is going to absolutely be spot on BTW! Chocs away!

Hi Dave, how did you come up with the name Reset Robot?

I used the letters in my surname ‘Robertson’ to come up with some names. Reset Robot was one of them.

What was your first ever release and is it something you could ever play in a set these days?

My first release was on a label called ‘Hearing Aid’. At the time was James Zabiela & Paul Sidoli were running it. I have listened to them recently and although I probably wouldn’t play them now I still like them.

What was the real break through point in your career?

It’s difficult to put your finger on that kind of thing. It always seems like there’s more to do and further to go so you’re constantly breaking through I suppose. Getting signed to labels like Truesoul, Soma & Sci + Tec definitely seem like turning points.

Which one of your productions would you say you’re most proud of and why?

A track called ‘Guitar Man’. It’s probably the most musical track I’ve made and it has a lot of emotion. I had a cool video made for it as well so it’s a nice package.

You’ve found a home on Adam Beyer’s Truesoul label and will be playing the Drumcode stage at Junction 2 Festival this weekend. Do you ever think there’s ever been a cooler festival concept in the UK? And what can fans expect from you this weekend?

It’s certainly something different and caters for all you’re house and techno needs. It’s exactly the sort of festival I would go to if I weren’t playing. I’m opening the DC stage so I’ll have to keep things fairly deep.

How did you first get in introduced to Adam?

I can’t exactly remember but I think Alan Fitzpatrick passed some music over to him for me.

Can you tell us how you’re performing at the moment?

I use 3 CDJ’s with an Allen & Heath Xone92. I also use a Moog delay pedal to add some spice!

C-U is an underground media platform that showcases new talent. Could you share your top 5 up and coming artists with us?

What do you have coming next and how can fans keep in touch?

I’ve got releases coming up on Ovum, Last Night On Earth and Whistleblower Records. Keep in touch via Instagram, Twitter and FB! 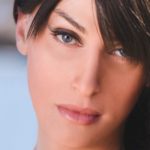 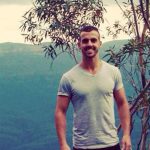