Christian Lamper returns to the ever-cool Sub_Urban label with a double-header of deep, techy and melodic house.

A regular fixture of the label’s output, this is only Christian Lamper’s second solo release for Sub_Urban, following up his ‘Duberman’ EP from earlier this year. The title track, ‘Stringer’, starts out lean and techy, with crisp percussion and fiercely driving stabs, before introducing a stuttering, rapid-fire stab and a chunky, warm bassline. These elements set the scene for sweeping string themes that give the track a lot of emotional heft. Despite the really strong melodic ideas, the track didn’t really work for me overall – I just found the stuttering stabs slightly overwhelming for most of the track. We get a glimpse of what the track would sound like without them at the 3 and half minute mark, and personally I’d have liked things to sound more like that throughout – as it is, it’s a near-miss for me. There’s definitely huge scope for a remixer to come in and make the most of those gorgeous strings.

So it’s the B-side that really grabs me on this release. ‘Duberman’ already ably proved Christian Lamper’s ability to lift a track with his piano work, but ‘City Lights’ boasts one of those simple, timeless, uplifting piano hooks that Paul Woolford has revived recently to such devastating effect. It’s just perfect, and it’s soon mirrored by a funky, elastic bassline and topped off with soulful lyrics and celebratory vocal loops. The breakdown creates a more discordant, busier soundscape, which very effectively sets up a killer drop as the piano re-asserts its dominance. Sub_Urban already had one of the most anthemic pieces of piano house of the year on their hands with Oneplus’s epic remix of Guri & Eider’s ‘It’s Nobody’s’; with ‘City Lights’, Christian Lamper gives them another. 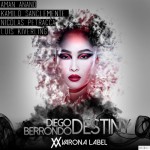 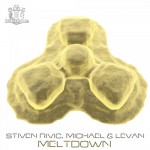