Cosmic Boys are an interstellar duo making waves in the techno universe with releases on UMEK’s 1605 and their own label Legend.

Many will be familiar with the Cosmic Boys from their No.1 selling track made in collaboration with UMEK called “Evolution” and with them having a new release out on Legend, we caught up with them to find out more about the EP…

Hi guys, great to be talking today. How are things going with your label Legend?

Hi, glad to talk with you too! Everything is going very well with Legend! We are delighted with the progress made since its launch a year and a half ago. Legend’s releases are often in the Top 100 Techno Chart on Beatport. The latest release on Legend by Space 92 is currently No.6 in the Techno Chart.

I spotted the next release on Legend is your own EP, and I wanted to find out more about those tracks?

Yes, this EP is called “Fireworks” and it will be released on June 19th. The first track “Fireworks” is powerful, melodic and groovy with fresh synths. The second track is “Other Identity” and that’s more linear with a pumping side, a housey rhythm and a synth which goes up in progression.
We have had some incredibly good feedback on this EP from DJ’s like Adam Beyer, UMEK and Joseph Capriati among others… we can’t wait for clubs to open again so we can hear it on the dance floor!

What has been your routine during the COVID-19 lockdown, have you been able to focus your time on music?

Our routine during lockdown was to keep active with working on our label Legend.
We took advantage of these two months to really take the time to focus on it, and set up big projects for the end of 2020. In particular, the creation of the first Legend Events, we will announce very soon 🙂

On the music side, we focused mainly on demos and searched out some new artists for the label, as covid made it hard for us to get together due to lockdown restrictions and living in different homes.

I have spotted that you have done collaborations with people like UMEK and The Yellowheads, so wanted to ask if there were any new collaborations planned?

For the moment, we are focusing on our own solo music, but we are always open-minded to connection with another artist who has our same vision.

Your track made with UMEK charted No.1 on Beatport, and that must have been a special achievement. Apart from that, what has been your proudest moment to date?

Yes, that was an incredibly special day for us. Especially in these difficult times where we have been unable to physically connect with our fans at gigs, it goes to show that despite the time paused, the music remains louder than anything! We love all our fans plus techno lovers, and are so thankful for their support of our music 🙂

Our proudest moment is the production of a track used in the soundtrack of a Netflix series called “Black Lightning”. We made it in homage to Sebastien’s pet French Bulldog “Jarvis” who we both love because he is such a great animal, so we named the track “Jarvis” in his honour.

Can you tell me what is planned for the next few releases on Legend, as it seems the label is doing super well right now?

Our next release on Legend is our Fireworks release we already mentioned in a previous answer. Following that we will release our first Legend compilation named Cosmos in July with huge Techno tracks by Audio State, Max Delta, Andrea Signore, Bagagee Viphex13, Pierre Blanche, AKKI and SHDDR!

Then, in August, we will release another EP of our own music called Timeless which will feature a remix by Aitor Ronda.

Following those we have a big surprise for September that we will announce soon… something is going to happen with an old track from 2007! It’s a legendary piece of music so what better label than Legend to make such a special re-release haha.

Which other labels do you have forthcoming music signed to and have you been getting a lot of remix requests?

Our next release on a different label will be on Mark Reeve’s SubVision where we are remixing his track “Geometric”. This is another big project for us that we cannot wait to release!

We are also preparing some new demos for 1605 as although Legend is our main focus, we want to avoid getting tunnel vision, and make sure to spread out our music into some other important places.

Right now, we do receive a lot of remix requests, but we accept very few, as our focus is mainly on making original tracks.

It might still be a while off yet, but what is the first thing you plan to do after the lockdown is finished?

In France, we have slowly been unlocking since the end of May, but there are still lots of restrictions still in place. The first thing that we did was to go see our families and meet up with some friends in a local park while paying close attention to the sanitary rules. Restaurants are starting to sell food again and we have enjoyed going on the beach as connecting with nature is particularly important for our inspiration.

Before we finish, is there anything else you would like to tell our readers about?

The last thing we want to say is that we really cannot wait to reconnect in public and perform live DJ sets on stage. We miss it a lot, but we must stay a little patient before getting fully back to normal and take full advantage of the dates to come. 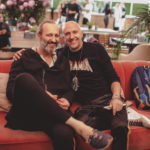 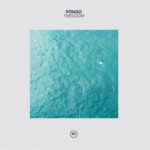