Ilnaz Tarkhanov, better known as Cramp has created a veritable storm with his melodic blend of progressive house and trance. With support from goliaths such as Armin van Buuren, Above & Beyond and Markus Schulz, his work has been featured on such heavyweight labels as Armada, ARVA and Anjunabeats. Now, following up his recent work “Bombay” at the end of 2012, Cramp returns to Intricate for another assault on the melodic progressive house genre with the original production “2030 A.D.” and a further two remixes from Roddy Reynaert and PROFF.

“2030 A.D.” is a full tour de force, with an unmistakable proverbial ‘head nod’ to musical heroes past. A Georgio Moroder inspired bass line opens up with heavy driving kick drum and straightforward percussive elements. Juxtaposed against these dance floor elements, a breakdown of haunting melodics and Middle Eastern instrumentation add a distinctive flavour before the sequenced bass line and top end arpeggios are filtered back in to a rousing finale.

Frenchman, Roddy Reynaert has proved himself an impressive advocate of a brand of “melodic and flowing music”, signing his first “Fellowcraft” EP to Anjunadeep in 2010. Since then Reynaert’s blend of “French and British” styles has caught the ear and playlists of Jaytech, Above and Beyond and James Grant, to name but a few. After his successful “Melancholy” EP for Intricate in November 2012, Reynaert returns to Intricate with a powerful interpretation that contains all the driving energy of the original but takes an approach leading to a grooved and stereo panned, pumping bass line to keep dance floors entertained. A repetitive, high-pitched vocal cut and twinkling riffs keep the interest high in the upper frequencies while a slight offsetting of delay times brings a slight air of distraction from the homogenous pumping elements beneath it.

Final contributor to the “2030 A.D.” EP is another Anjuna regular, Vladimir Ershov, better known as PROFF. Describing his sound as “melodic techno”, the Russian has seen support from the eclectic quarters of Laurent Garnier, Eric Prydz and Deadmau5. Some 30 plus tracks have been signed to Anjunabeats and Anjunadeep since he first graced the latter in 2011. PROFF now backs up his well-received “Intensify/Freak Control” EP for Intricate at the beginning of 2013 with a trademark remix interpretation. Cramp’s work is treated to a full dance floor workout. A huge kick drum and bass line groove drive mercilessly on while a plucked ostinato and delayed arpeggios provide emotive melodic appeal. Liberal side-chain compression applied to the entire track ensure that all the individual components are ‘glued’ together to keep club goers happy in peak-time hours.

Cramp’s “2030 A.D.” is a high-class offering full of the melodic progressive house sound that has become so popular in recent years, championed by labels such as Silk, Anjuna and Intricate. In terms of interest alone, the original here is a real tribute to the Moroder sound and there is much to enjoy here for that reason alone. The Roddy Reynaert and PROFF remixes are club tracks for dance floors that extol that particular virtue extremely well. PROFF in particular has provided an excellent work that will certainly see the support of many. 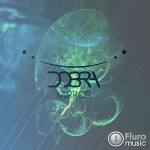 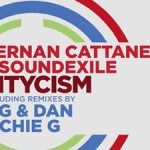