‘Citycism’ is the fourth single from Hernan Cattaneo’s recent Masters Series album to appear on his own Sudbeat imprint, and the third such release from Hernan Cattaneo and long-time studio partner Soundexile. The original will already be familiar to most of us, but here it comes packaged with a new dub version plus remixes from Richie G and Pig & Dan.

The original version of ‘Citycism’ is a sparkling piece of progressive fare. Lovely intertwining synths layered over a simple shifting bassline and half-heard fragments of some kind of announcement add to the feeling of exploring a futuristic cityscape. This fitted just perfectly on the second disc of the Masters Series, but it stands strongly in isolation here too.

Hernan Cattaneo and Soundexile’s own dub version is an altogether more laidback affair. A gentle rolling bassline mirrors a persistent melody, while snippets of the original and drifting pads add atmosphere. This version boasts a few nice ideas that didn’t make it on to the original, but this is definitely the weaker of the two.

Pig and Dan are a really interesting choice to remix this track, and as you’d expect they take things into much techier waters. Sadly, I found their interpretation just a bit too minimal for its own good. A twisted loop from the original plays out over a beefy groove, but the remix lacks the odd combination of menace and exuberance that characterizes the duo’s best work, and there just wasn’t enough progression throughout to keep me fully engaged.

Hernan Cattaneo and Soundexile remixed Richie G’s ‘Vorbendacht’ a couple of years ago, and here he returns the favour in fine style, laying down a chunky, hypnotic take on the track. The main themes of ‘Citycism’ are well-utilised, but Richie G adds his own haunting melodies and vocal samples to build his version into something special. This is a strong showing from this young Canadian producer, whose back-catalogue already boasts releases on labels such as Bedrock and Traum. Hopefully we’ve a lot more to hear from him.

Hernan Cattaneo is at the top of his game right now, and ‘Citycism’ is further confirmation of just how fruitful his studio partnership with Soundexile has been. This is another very fine release from Sudbeat, and I hope that plans to give the duo’s even better ‘Altair’ a full release are already afoot.  8/10 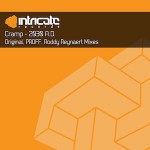 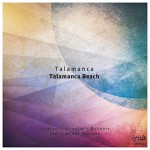