D-formation is a Spanish artist who has released music on influential labels like Einmusika Recordings, Suara, Toolroom and his own Beatfreak Recordings.

The label boss D-formation is back to his imprint Beatfreak Recordings with an exquisite and mooving release full of energy and powerfull vibes entitled, Aura EP. The release consists of 6 original works, and we have premiered the track “Imaray” from the release.

Hi D-Formation, can you start by telling us about yourself, and how you first got into electronic music?

First of all, thank you for giving me the opportunity to share some words for CU.
For people who don’t know me, my career began around 30 years ago. From a very young age of 15 I started playing in my first club in my city, shortly after I became champion of Spain of the DMC for 2 consecutive years. Soon after I also took my first steps with music production and at the age of 23 I had my first record label, the first independent record label for electronic music in Spain. From there everything went up until I also had my own distributor of vinyls and CDs. Later in 2003 came the D-Formation project that really gave my career a great turn, I’ve been travelling and playing for clubs and festivals around the world since then.

Could you talk us through your new track “Imaray”, and the EP that it features on?

Imaray is one of the tracks included in my new EP (AURA) this EP has 6 original tracks plus 2 intro/ Acapella, where the predominant style is Melodic / Progressive. You can find very interesting collaborations with artists such as Ziger, YAIDE and the fantastic voice of Eleonora. In addition to the collaboration with GRAZZE that is precisely in this track (Imaray), GRAZZE is one of the great talents to exploit, besides being able to work together because we live together in the same city, Madrid, I feel quite an affinity with him, hence the result of Imaray, a track between Melodic and Progressive House that in my opinion, I think will give a lot to talk about.

I understand that Beatfreak Recordings is your label, what made you decide to start the label, and what’s been the biggest release to date?

Actually, when Beatfreak began there were other times. It was 1997 when I started the project Beatfreak Recordings. During these more than 20 years, many artists and many great releases have passed, it is difficult to say which has been the biggest launch, but the launch that gave a big push to the label was “Sings & Portents” by myself in 2003. But as I said before Beatfreak is currently in one of its best moments since it was created. We have great releases and super artists that make the label growing and getting bigger in its style. It is more than a year since Beatfreak is Top 10 labels on Beatport.

Which other labels have you worked with, and what’s been your proudest moment?

Well throughout my career as you can imagine I have worked with many labels, the list would be endless. To name a few we could highlight labels such as Suara, Einmusika, Parquet Recordings, Global Underground, Toolroom, Stereo Productions, Sony Music and of course my label Beatfreak Recordings. I hope the list will continue to grow

Have there been any big-name DJ’s supporting your new music, and who is the DJ/producer that inspires you the most?

Well in all these years and different stages there have been some great artists who have marked me and supported my music as well as working directly with them. In my first stage of D-Formatio I got to have a very close relationship with Victor Calderone, he supported my music a lot, he took me to play at one of his parties and we shared a stage a lot of times. Around 2006 I started a very close collaboration with Sharam (Deep Dish). This led me to be one of the most important artists in terms of his Yoshitoshi label and to be able to play with him in many parties including Ibiza in his label nights. In addition, I was able to make one of his compilations called Yoshitoshi Madrid, named after the city I live in. I have also found support at this time from Mark Knight and Toolroom, travelling through many parts of the world in their Toolroom nights.

What’s next in your schedule after the new release hits stores?

Well, the agenda never really stops by 2020. I have great projects with other major labels and many remixes to finish, of course, in my agenda, there is always Beatfreak Recordings that is like a child and I love watching it growing day by day. Also, of course, to continue playing around the world which is like the culmination of a job well done. 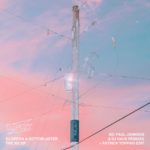 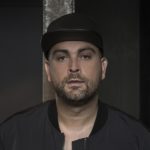