We feature 3D’s podcast for Ibiza Voice and reveal the guys release on Dave Seaman’s Selador imprint at the end of Feb, will feature Danny Howell’s first new original music in over six years.

Dave Seaman, Danny Howells and Darren Emerson are still regarded as leading players in the progressive house scene, which still continues to enjoy huge support on the global stage.

The guys have now pooled all their talents into 3D; think of them as an Apollonia for progressive house. Since the inception of the act at the Ministry of Sound last year, clubs have been basking in the cumulative effect of bringing three hall of fame DJs together in to one booth. Consequently, they’ve been notching up the air miles at festivals like Latitude and scored major underground gigs like Paris’ Rex Club and Beirut’s Überhaus.

With a string of gigs under their belt and a 3D production waiting in the wings on Dave Seaman’s Selador imprint at the end of February, which will showcase Danny Howell’s first new original music in over six years, 3D look set to cover a lot of ground in 2018!

How long have you known each other?

Darren: I’ve known these two cats since the early 90s if I can remember rightly and always got on. We still love what we do. It’s never gonna leave us. So 3D is such a great thing to do. Playing, hanging, touring with old mates.

You’ve all seen a lot of changes in the scene since you started? There are plenty of obvious ones (vinyl vs digital) but what are the changes people don’t talk about as much?

Dave – 3D: I think the smoking ban changed things more than people realise. And the smart phone of course. Clubs had always been where people went to escape but since the advance of digital technology, that’s not really the case anymore. We’re all connected, all of the time. There is no escape.

I love that certain clubs have started banning phones like Watergate and Berghain in Berlin because they’re such a distraction from what I think should be the fundamental reason we go to clubs: to dance and be in the moment.

Similarly, the smoking ban has had a huge affect on the dancefloor as back in the day, DJs used to have a more captive audience. You could take people on a journey as the cliché goes and dance floors were not so transient. People can be outside chatting for ages before they realise they’ve missed half the night.

Danny – 3D: I still collect records but going digital has expanded the range of what I can do and the amount of variation I can bring to each set. Plus my back isn’t fucked from carrying two crates of acetates like I used to.

Darren Emerson’s classic Global Underground mix from 2000. No avocado toast was eaten in the making of this mix.

Tell us about your record collections

Darren – 3D: I’ve got too many vinyls that need to be sorted. It’s a bit of everything. The good thing about us is we all love our music and we love listening to every type of music that’s out there. I love Spotify for that as it puts me onto new music that I wouldn’t [otherwise] know about. Dave and Danny have a obscure 80s pop record fetish as I found out in Paris when they were playing ‘name that tune’ non-stop.

Danny – 3D: It took me years but I finally have my record collection in a manageable state. About 7,000 electronic 12-inches, about 6000 rock/pop/jazz/punk albums and about 4000 CDs. A lot of it is organised and spans everything from my massive Bowie and Prince collection, to bands like Can, Hawkwind, Boredoms, etc, all the way through to cheesy stuff like Phil Collins and Mamas and Papas, and the 80s stuff that we sing to wind Daz up. I also love Spotify too.

Dave – 3D: I’ve got around 7000 records now. I downsized a few years ago. I cleared out about 5000 that I knew I’d probably never play again. Things that were of their time and hadn’t necessarily aged well. I’ve got a lot of 80s stuff from when my vinyl obsession was probably at its peak and I have an original 1960s Wurlitzer jukebox at home so I’ve tonnes of 7-inch stuff right across the board

Like Danny, Prince and Bowie are both well represented along with The Jam, Talking Heads, New Order and lots of early electro. I also have to agree with the guys on Spotify. I only really discovered it last year. I was definitely late to the party on that one but it really has changed my listening habits. I used to think Soundcloud was a good place to get lost for a few hours but Spotify is a whole different level!

Where do you get your music from?

Darren: I tend to buy online from different sites: Traxsource, What People Play, Clone, Juno, Beatport, Boom Kat. I use promo companies that deliver good quality music. I get sent so much shit that it can be soul destroying and take up too much time sifting through for the odd track.

Danny – 3D: I cherry pick a few of the million promos that fly in, but 99% of what I play is bought from What People Play. I don’t know how much time I spend digging, but I try and make sure I never miss a new release, and try to check every B-side. I also spend a large chunk of my time hunting for non-electronic [music], in [places like] Sister Ray, Reckless, FOPP, HMV, etc. It keeps me off the street.

Dave – 3D: My label partner at Selador, Steve Parry runs a music sourcing service called SMP3. He finds music for Sasha, Behrouz, myself and a few more. He used to serve me vinyl when he worked at 3 Beat Records for 20 years so he knows my taste maybe better than I do! He Dropboxes me a hundred or so new tracks every week which is more than enough really, but I also check promos from all my favourite labels and promo companies and then might also visit Beatport every couple of weeks to see if I’ve missed anything.

I still visit Rough Trade in Nottingham once a month to get my record shop fix and I also get loads of tracks via Selador as we are inundated daily with demos.

How did you record the mix?

Danny Howells – 3D: We did two tracks each and passed it round until we were finished so it was a combination of Ableton, Logic and [recording] live on the CDJs depending on where we were at the time. We actually did quite a big chunk whilst stuck in an airport lounge due to a delayed flight, so that was useful.

Darren Emerson – 3D: We’re all different and bring individual vibes to the mix but try to keep it flowing without it being too disjointed. We’re really pleased with this one. Hope everyone likes it.

Where do you play most often around the world?

Darren – 3D: Japan for me. I’m on tour there as I type this and have had a mad week. Great clubs, great people, great food . It’s just a mad place to hang.

Dave – 3D: Greece, Hungary and Mexico are probably the three places I’ve visited most. I’ve covered those countries from top to bottom, coast to coast, city by city, over the years. They’re all wonderful countries that are very passionate about their partying.

Danny – 3D: It was North America for the bulk of the last 15 or so years but now I’m a bit more spread out (oo-er) and go anywhere they’ll take me. I’m a sucker for small rooms so my last Argentina tour was extremely memorable; two really big gigs interspersed with a small club gig and finishing on a private party for 100 people in a beautiful location. Just amazing.

In a lengthy career of being in the industry, it must be very easy to lose sight of the dancefloor, how do you stay motivated?

Dave – 3D: the scene is constantly evolving. It never stands still. So that means there’s always something new to learn or discover and you’re never allowed to get into a comfort zone for too long or you get left behind. Ultimately, it’s the music that keeps driving you forward. There’s still a huge buzz to be had from playing a track for the first time and seeing a dancefloor react with delight.

You all stem from the hard partying early days of dance music, what do you make of the millenials and the bracket of young people who prefer to spend their money on avocado toast brunches instead of raving?

Darren -3D: I’m doing the London Marathon this year so I think things have definitely changed since the old days. But also my hangovers take a few days to get over these days. I’ll still give it a good go every now and again of course. You just have to pick your battles.

Danny – 3D: we’re all a bit older (a bit haha!) and more sensible. We do hit the sherry when we play together, but we tend to moderate that as it can end in airport detentions and horrific, aeroplane group selfies. The millennials rock but if anyone wants to know how to make proper avocado toast or a jackfruit chilli then they need to come to me. 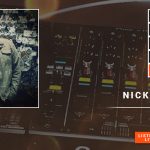 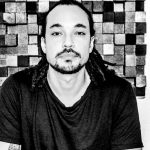