Dave Seaman takes time out of his busy schedule to talk to us. This is a man who’s released countless high-profile, high-quality compilations along the traditional route over the years, not least in the Global Underground Series, numerous AudioTherapy works and, of course work for Renaissance, including the hugely impressive 2011 “Masters Series” compilation.

We heard you’re producing a new Dave Seaman compilation album and inviting fans to sponsor it. That’s a really cool idea. What were your thoughts and motivations for doing this? Will fans get a share of the profits?

Ha! There won’t really be any profits I’m afraid. All the money is already allocated. MCPS take a large chunk for mechanical royalties, label & artist advances take another slice, then there’s mastering and manufacturing the actual CD. Postage & packaging will be well over £5000 alone!

Do you think this will catch on?

I really believe this could be the way all albums are made in the future yes. It puts artists and their audience in control so the product isn’t diluted by corporate agenda or all about the bottom line. It also combats piracy as well. You can’t pirate something that’s not yet been made.

Last week Sasha was pretty vocal about Richie Hawtin and Deadmau5’s tête-à-tête, where they discussed the industry and innovation. What are your thoughts on the scene today? Do you agree with their opinion that music is boring right now?

It’s all about perspective and everyone’s entitled to their opinion. There’s probably a lot of people that find Richie Hawtin & Deadmau5’s music boring. Of course there’s a lot of production line disposable fodder out there. There’s just a lot more music out there in general. But there’s equally loads of great music too. It’s just more difficult to find in amongst the mediocre.

We read that you wouldn’t play anything that appears the Beatport’s top 100 progressive charts anymore. There are still some cool underground labels that manage to chart. We know that Beatport is managing to support more underground labels now after online petitions were kicking off. Does that mean you’re off the prog completely now? If so, how would you define your style these days?

There wasn’t anything that I would play in that chart the week that I said it but I couldn’t say the same today as I’ve not looked recently. If it’s changed for the better, that’s great because it was becoming just a chart for cheesy big room music. 20 years ago it would have been called Euro Dance. But yes, I wouldn’t say I play progressive house anymore. I guess most people would say I’m playing a lot housier with quite a bit of techno too but to be honest, it all falls under the electronic house umbrella to me. The traditional genres as we once knew them don’t really mean much anymore.

Do you have any favourite producers/artists/labels that you look out for right now?

There’s loads. Hot Since 82, Pirupa, Sante, Coyu, Booka Shade, Catz ‘n Dogz, Ramon Tapia, Piemont, Butch, Kink. I could go and on but I’m sure we’ve all got other things to do.

Your new label with SMP3 boss Steve Parry, Selador, is set to launch soon. We’ve heard the first release and it sounds really tasty. Nice remix btw! Given the dire state of the industry, what motivated you to setup the label and what can fans expect?

It’s a labour of love. I just really enjoy the process of finding new music and releasing it as a package with nice artwork and other remixes. It’s a nice feeling to be able to help new artists and it becomes really addictive spreading good underground music around the world.

I laid it to rest. R.I.P. Haha.. It was run using the old business model of how labels used to be run and had too bigger overheads. And although I never got into running a label to make money, I didn’t do it to lose money either. Hence why I decided to start something new like Selador.

We heard you’ve recently finished a new Dave Seaman Masters Series album for Renaissance. When can we expect that to land? Will it differ to previous instalments?

I actually pulled out of doing the Renaissance album in the end. Like a lot of things for me this year, it was time to do something new and different. Like this Kickstarter compilation.

Do you miss GU?

A little bit yes. But that was a different time and place. It wouldn’t be same today. And you’ve got to keep moving forward. That’s what our whole scene is built upon.

And last but not least, can you give us your predictions on who/what’s going to be big in 2013?

Thanks for your time Dave Seaman! 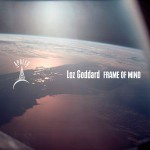 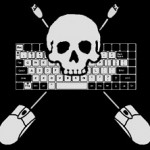