Based in the northwest of England, Mancunian Loz Goddard hails from a city that is famous for its musical influence far beyond its walls. Home to some of the finest UK indie exports and from a city with such an illustrious musical heritage, Loz Goddard began to make a mark of his own in 2012.

An impressive release schedule since his debut on ‘5 and Dime Records’ in June, has seen Goddard go on to sign works to Oversized X, C! Boutique and also feature on the DeepWit Autumn compilation, all in the final six months of the year. Schooled in the art of drums and guitar from an early age, Goddard’s sense of rhythm and melody are second to none and form what he considers to be “one of the most essential components” in his production work. As his style has evolved over time Loz’s “love of spaced out deep house” has become the driving force of his production work to date.

The title track of Loz Goddard’s “Frame of Mind” EP perfectly encapsulates the elements that comprise the deep house genre. Immaculate rhythmic ideas are dominated with a straight 4/4 kick drum while a hypnotic riff further adds to the rhythmic bed. Melodic motifs then expertly interplay across the whole, bringing added dynamism.

The second track, “Wanna Go Back” is a dynamic house gem. Skipping beats join magically with Loz Goddard’s playful melodies and warm sustained pads. Reminiscent of elements within Underworld’s “A Hundred Days Off”, some ten years previously, this is strong work.

The final track of the trio sees Los Goddard keeping the hypnotic, melodic motif in tact. “Moon Kiss” features a bountiful supply of ticking, shuffling hi-hats to accompany rhythmic stabs and sustained pads that build in anticipation of a ‘drop’ to keep dance floors thoroughly entertained.

Having heard a fair selection of Loz Goddard’s work, it’s clear that he has a very bright future ahead of him. His sense and understanding of rhythm are particularly impressive and with a melodic edge in his apparent throughout “Frame of Mind”, he deserves attention. 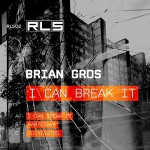 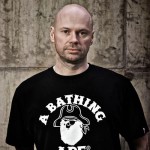