Brazilian legend Joyce Muniz moved to Vienna in the 1990’s to pursue producing music. Meanwhile, Iranian born, German DJ Namito was hard at work in the Berlin music scene. In 2010, Muniz’s vibrant house-style reached the masses, as she began releasing her own music. Namito’s dance music blew up with his release of the double-LP Letting Go.

Two decades later, these underground music juggernauts teamed up for a mesmerizing EP Me and Da Beat. The EP smacked from the first track, featuring Quinta Young over alien synths and a potent bassline.

The veterans ignited their flare for “Beside My Beat”. Juxtaposing subtle acid tones with sharp percussion, while balancing vocals, strings, and hollow progressions, to create a hauntingly beautiful track.

The legend’s enlisted Desert Hearts leader Mikey Lions to cap off the EP with a resounding tech-house rinse. 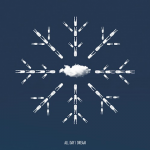 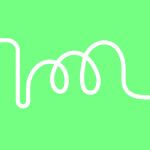