Successful New York promoters, Teksupport, just announced the first round of attending artists for their debut festival, Gather. Teksupport’s untarnished reputation of producing one of a kind events with top-notch artists undoubtedly came into play when billing the event, and they’ve managed to round up some of house and techno’s biggest names and most exciting emerging artists.

Set in the idyllic Catskills of New York, Gather Festival is littered with notable artists. Looking at the phase one announcement, you’d be hard-pressed to find an artist you haven’t heard of. Some newcomers to the scene, Amelie Lens and Mira will be in attendance as well as dedicated tech-house artists Butch, Agoria, Tiga, MK, Moscoman, Audiofly, just to name a few.

Amongst the sun and stars, Gather attendees will be treated to legendary performances from Stacey Pullen, Danny Tenaglia, Doc Martin, and Floorplan. In addition, house music’s staple Desert Hearst Crew are slated for Gather fest. Live performers Gaiser and Matador are expected to deliver groundbreaking sets for the fest, and the phase one lineup announcement rounds out with notable acts Francesca Lombardo, Ryan Elliott, and Mimi Love, alongside the west coast party technicians Pink Mammoth.

Gather will be situated lakeside among the wooded forests, and attendees can customize their festival experience by camping on-site or opting for more lavish accommodations at neighboring resorts and hotels. Escape with Teksupport and buy your tickets here. 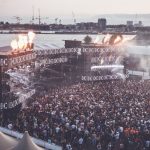 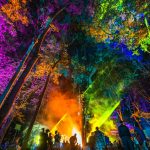