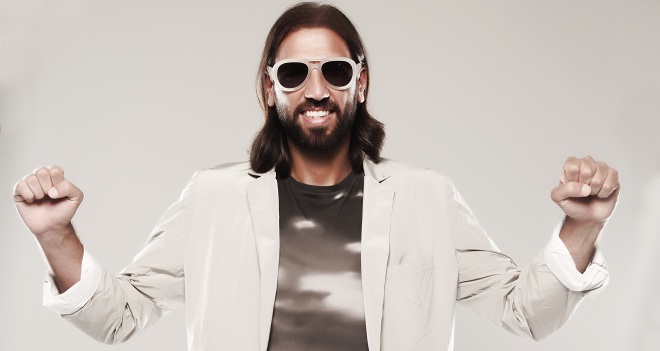 Can you tell us a bit about how you got started DJing and producing?

I started when I was born in Germany J I laughed but I can say that this is the truth as all the equipment was ready @ home as my parents were interested into music a lot!  Till I went more to the professional side I was DJ’ing @ home with my turntables, small mixer and was recording all my sessions to tape which today doesn’t exist anymore. Was this the right word btw ? Tape ? or Casette?

The more professional side started in 1995 where we already had moved to Turkey with the family as they decided so when I was 12! I became a resident DJ at an important radio station called Power FM in Istanbul and at the same time I started playing in a very important club in Istanbul as a resident DJ.

It’s clear from your beginnings as a DJ on Power FM to your current residencies that radio work has been a big part of your career. How important do you think your radio career has been to your success? Do you think that platforms like SoundCloud and Mixcloud complement more traditional radio shows, or do they pose a threat?

Yes, I really can say that radios and my radio sets which I am doing since ages did a lot for my music career, especially for my mixing skills and set flow! Imagine, I am playing since 1995 in radios and many years I had my own shows, every day, mixing my records 2 hours ! With that kind of training, where I was playing many different genres, I really learned a lot ! About Soundcloud and Mixcloud, everybody is really very lucky now to create and upload his sets and open them to the world ! In this way now everybody is using these sites and showing their sets / tracks to the globe in a very easy way !

Do you think that entering the profession as a DJ and later becoming a producer has had an impact on how you approach making music?

Maybe this wasn’t the right way but when me and all other DJ’s in Istanbul were performing, we didn’t know that there is a section like this..after some time we found out and saw that we need to do our own tracks, if we wanna go out of Istanbul ! Even if you are an excellent DJ, who cares ? Nobody knows you because you don’t have any track from yourself on the market ! You need to make your name worldwide to get well known and you need to do also good tracks, not just tracks..so the Producer side started aswell after a long experience of DJ’ing which helped me a lot while doing the flow of the tracks..

Your track ‘Sad Story’ has recently been awarded the title of ‘Best Deep Trance Track’ at the Tunisia Music Awards, taking place this month. How did it feel to receive that news, and how important do you think such acknowledgements and awards are?

The track itself made much more success than this Award! It was released by Armada Music, Coldharbour Recordings.  Markus Schulz played it in his GDJB Sets, the whole summer and still playing it all around the globe in his club sets as well as many other big names! It was also included in Markus’ Best of 2012 – World Tour Compilation, also in his February Top 20 Picks which was just released. The track also landed in the Top 10 at Beatport’s Top 100 Trance Tracks.

After our collaborations with V-Sag which we had released also from Armada Music (Original Track called Remember Us and our Still Time Remix) “Sad Story” became really huge worldwide!
Of course I am also happy with the Award in Tunisia where I am already big and that so many people voted for me and for the track made me really happy!! I love them and they love me so I can’t wait to fly again to Tunisia on the 16th of March.

You were voted into the DJ Mag Top 100 in 2006, but increasing the top progressive and techno DJs seem to be getting pushed out of the chart (including Sasha, Dave Seaman, James Zabiela and Hernan Cattaneo in 2012). Do you think that the Top 100 retains any relevance or credibility these days? Or do you think that these kinds of results suggest that the kind of coverage that the magazine provides has lost touch with the non-commercial dance scene?

These results are more commercial results we can say, not a really DJ’s Result as no one in the world is following all DJ’s, playing their sets all around the world so how can they vote for the DJ’s without listening and watching them several times? The people, who are voting mostly know or like their tracks but this doesn’t mean that these names are also good DJ’s. Both things are totally different from each other, that’s why ding a Top 100 DJ Competition means that the best DJ’s in their own countries should’ve been followed, watched, listened by the best music ears at the globe and they have to decide who is really the best in the DJ Booth, playing the music, contacting the crowd, mixing skills, flow of set etc.

This is really a long story to tell or answer so let’s say, this is enough for now.

You built up an incredible following in Turkey, being voted number one DJ in the country year after year, before successfully setting your sights on the rest of the world. What makes the scene in Turkey distinctive, in your experience?

The scene in Turkey, especially Istanbul is really big! 20 million people only in Istanbul and tons of clubs, all kind of music! Having so many followers since years is amazing of course and having their support always behind you! They know who to follow and they know who is playing the best dance music in town, am I wrong?

The EDM scene finally seems to have exploded in the States. Why do you think it’s taken so long for it to get a grip in America, and do you think this is a healthy development?

It took so long because people weren’t used to EDM ! Always commercial, R & B, Hip Hop etc which is the music they grow, to be honest..

Also clubs did mistakes for sure, not having enough underground EDM Clubs or parties in town or pushing and supporting this kind of music so much..always thinking the easy way to make money with well known names, not good music..even if music sucks, they book the DJ’s because they are big names and so everyone makes the money !

Sadly very less people, not only in the US, all over the world thinks like this and because of this, so good and quality music playing DJ’s cannot find a place to play! Always the same big names! + their friends!

Your own productions tend to lie more towards the trance/big-room progressive end of the spectrum, while regular listeners of 99percent radio will know you better for more underground house and techno sounds. Is there one of these styles that you feel reflects you own musical tastes more, or do you see these as two complementary sides of one musical personality?

I produce and play all kind of music! Even many times it is a surprise for me! Be sure, I don’t know what will be next in my DJ Sets or Tracks! Since I am DJ’ing, I really had played all genres and will continue also like this for sure… I am more into Underground Music and like playing different sounds in different places, depending my mood, place, crowd, time, atmosphere but… always killing beats!!  Full of energy!!  Dance music which is 100%!  Let’s say “Satisfaction guaranteed always”

Do you listen to or gain inspiration from any non-electronic music?

Yes, sure. Still listening everything when having time. I was always open to all genres and will be open till I die!

What have you got lined up for 2013 in terms of releases and gigs?

New tracks and remixes are coming out.  Gigs – everybody can check my website www.djtarkan.com

What advice would you offer someone starting a career as a DJ, producer, or label-manager?

First of all, this person has to be open to everything..all kind of music and has to listen to everything ! Time is needed for listening to tons of tracks and of course musical experience is very important in this business and this means for sure “time”

If the person is coming from “Planet Music” then this is a big advantage for him/her as it is really important to having this musical experience since the childhood which is for sure a very big advantage to be succesfull in the music-career..everybody can learn mixing but not everybody can be a good DJ, different from others..if you wanna be different then you need to be lucky to have the talent also which not everybody has..how many Lionel Messi’s are existing ? He is really talented ! So the talent is really important and the rest is working, working and working. While working, discovering..then practicing and practicing..and after years you add also the experience to all these skills and you become the really great person..this is the real award, playing the live DJ-Sets in front of the people..there not the big name is important..here the big music is talking so it is all in your hands when you have the people watching and listening to you ! 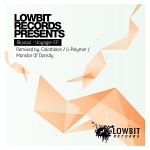 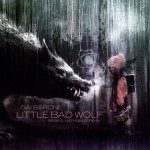