The latest release on Majestic Family welcomes Ewan Rill back to the label for a brand new single entitled ’10 Targets’. 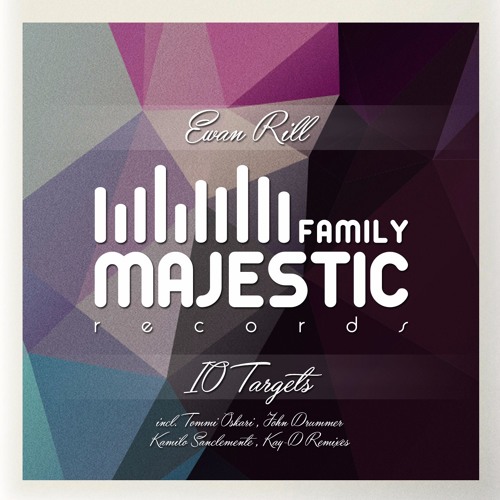 The Russian producer has been a staple on the long standing imprint with this being his 13th appearance. It also marks one of his first single’s of 2016 which follows a strong run of remixes to start the year. Accompanying the track is a huge selection of remixes from Tommi Oskari, Kamilo Sanclemente, John Drummer and Kay-D.

The original mix leads the release off and finds Ewan with a fresh blend of progressive house and techno. Always one for club friendly grooves, Ewan has carved out another masterpiece here. A wicked roll along with dark electronics and fresh drum fills make for a energetic ride into the break. Here Ewan brings the mood down to a wispy atmospheric swirl, avoiding any large moments, rather shifting the focus back on the groove in an understated way. It’s a gorgeous transition and one which brings several emotive moments in the third act. Lovely work from Ewan.

The four remixes here take the track in some interesting directions. Firstly, Tommi Oskari reshapes the groove into something deeper and even more mysterious. The reprocessed electronics provide some nice hooks but it’s the track’s mesmerizing, fluid momentum which is most alluring. The Finnish producer pulls out more magic during the main break with an acidic theme that begins moderately twisted and ends up being quite emotive actually. The muted broken beats are a nice touch and build tension under the sonic assault, making for a great moment when the kick does finally drop. Great stuff from Tommi.

Next up Kamilo Sanclemente goes deep and atmospheric with great results. Hailing from Colombia, Kamilo is definitely one of the more underrated artists out there, his work is pristinely produced and it’s great to see that’s it’s been showcased on Einmusika. His remix here definitely carries a large presence but the lack of any big or bold themes keeps it on the right side of cool. The main break is one of many highlights, initiated by a growing cluster of keys, which pulls at all the right emotional centres, before getting washed away into a misty haze of rumbling beats. Beautiful work from Kamilo.

No stranger to Majestic Family, John Drummer makes his third appearance and delivers a more indistinct interpretation. The Hungarian artist focuses on a subtle hypnotic theme and smooth sound swells which makes for a spaced out first act. Much like many of John’s other productions this one has a smooth subtle build and a bit of an old school flair. The main motifs get worked in nicely throughout the first act and break but it’s the shifty finale which really makes for some great moment. Cool remix from John.

Closing the release out is Kay-D who is making his first appearance on the label. The Hungarian artist and long time old school favourite once again delivers an emotive interpretation. Kay-D always finds a way to suck just a little more soul out of the elements he’s working with and he’s done that here as well. The lead elements, now completely transformed, are like sheets of sonic bliss and the trancy mid range sits as the perfect complement. The main break pulls at your heartstrings even more with smooth chord changes and several goosebump moments. Can’t think of a better way to close out the release and one of Kay-D’s best remixes for me. Don’t miss it. 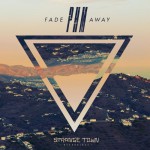 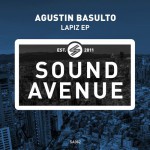