Frank Maris returns to Axon for his third appearance on the label, following up a contribution to their Spring Sampler last year and the excellent ‘Nieuwmarkt’ a few months later. ‘Neon Waterfall’ comes packaged with remixes by Anthony Yarranton from England and Yuriy From Russia from, um, Russia.

I’ve been a big fan of Frank Maris’s previous outings, and ‘Neon Waterfall’ is another strong showing. The appeal of the track lies in the contrast between its sleazy house groove and sparkling and shimmering melodies, which conspire to give it just the right balance of sweetness and floor-presence. I don’t like it quite as much as ‘Nieuwmarkt’, but then I liked that rather a lot, so that’s hardly a complaint.

The two remixes nicely explore the two different sides of the original, with Anthony Yarranton’s remix playing bad cop. I tend to like his work best when he’s at his most melodic, such as his recent track ‘Bag of Bells’ or last year’s amazing collaboration with Andy Weed, but this remix definitely shows the other side of his musical personality asserting itself, with a brooding, techy feel. For my money, it’s the best of his recent crop of remixes in this style, twisting the hook from Frank Maris’s original over a menacing bassline, subtle acid licks, and almost tribal percussion, and when the hi-hat really clicks into place at the two minute mark, the track really flies. It’s probably my least favourite version of the three, but it’s really well crafted and there’s no denying its power.

Yuriy From Russia plays good cop, taking Frank Maris’s track in a totally different direction by drifting its melodies over a cool progressive track. A heavy bassline, crisp percussion, and an insistent bleeping motif provide the core of the track, while waves of reverbing synths crash all around. The breakdown introduces the remix’s soaring main theme, which has had me in raptures ever since I first heard it. If anything, the melody here is reminiscent of Kraftwerk’s gorgeous ‘Spacelab’, particularly in the way it shifts octave as the track’s finale progresses. This is a really beautiful stuff from Yuriy From Russia.

As you’ll no doubt have guessed, it’s the Yuriy From Russia remix that’s my pick here. But overall, this is a really musically well-rounded package from Axon, with a fantastic original from Frank Maris and two great remixes that each succeed in doing something quite different with the track, ensuring there will be something for almost everyone here. 8.5/10 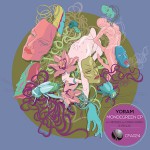 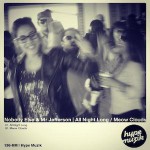