Spanish-based producer Mr Jefferson returns to Hype Muzik for his second outing, this time teaming up with Nobody Else to offer up two cuts of tough tech-house, ‘All Night Long’ and ‘Meow Clouds’.

‘All Night Long’ sees Mr Jefferson and Nobody Else pitching a nasty yet hypnotic bassline over jacking beats and swinging hi hats, with a series of cool builds and really well arranged cut-up vocals. This is a really fantastic, hard-hitting record, which manages to sound totally modern despite lots of well executed nods to classic house and techno roots.

‘Meow Clouds’ works from a similar palette, again immediately focusing attention on a heavy bassline and snappy percussion, and propelled forward by ringing metallic stabs. This struck me as the weaker track of the pair, and I could really have done without the somewhat unnerving quote from Jim Jones during the short breakdowns – I definitely found that a bit off-putting and unnecessary.

It’s definitely ‘All Night Long’ that really does it for me here, with Mr Jefferson and Nobody Else providing some proper house music for Hype Muzik here, and  ‘Meow Clouds’ failing to generate quite the same degree of excitement and energy, despite very similar ingredients. 7/10 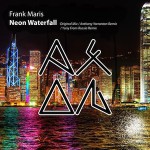 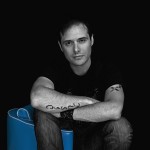