We catch up for a quick chin wag with legendary tribal progressive producer G.Pal, whose latest remix is currently storming up the Beatport charts !! 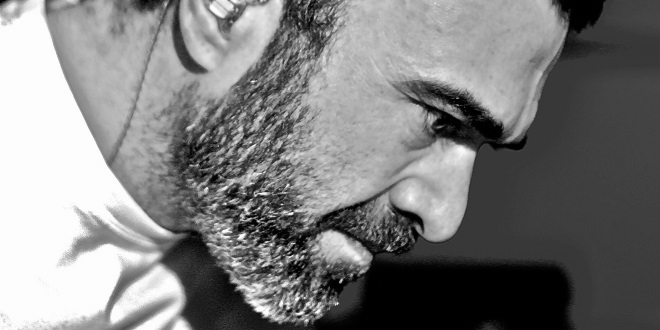 A lot of producers these days pick up their craft along the way, without much by way of formal training in music or sound production. Between your early musical background and your time in New York learning sound production, you’re coming at this from a quite different angle. Can you tell us a bit about your path into making electronic music, and the importance of that background in enabling you to realize your ambitions?

Generally I believe it is very important to have some kind of musical training in both forms of musical theory and basic audio engineering skills. It helps a lot!

My interaction with music started from a very young age by playing the piano and by composing my first melodies in a very classical way.   When I turned around 10-11 years old my parents were listening to records from Jean Michele Jarre and Vangelis, all this new age music. All these electronic “out of earth” sounds blew me away. I realized that I wanted to reproduce these kind of sounds and melodies. This is when my father got me my first Yamaha synthesizer which amazed me with all these features. As I can remember the polyphony back then was limited only to 8 notes at a time. Cheap synthesizers didn’t have enough memory to support more polyphony and I was getting really mad that I couldn’t compose tracks with more sounds and melodies.  (6)

Through my teenager years I was also introduced to punk-rock and British pop, bands like The Cure, Ramones, Joy Division, New Order, The Smiths, etc….. I loved this sound too. I was trying also to learn to play the guitar because of all these records. It wasn’t long after the first house records started to come out on the market. Groups like The Chemical Brothers, Orbital and more got my attention. I started to buy vinyl 12 inch and trying to mix on 2 crappy turntable decks!! I didn’t have the money to get a proper mixing system yet. All the money I was getting from my parents would be spent to buy records…

I bought my first PC, a cheap midi interface and my first roland 12bit sampler and I was trying to make the most of it. I still remember the delay of midi back then. Nothing could synchronize properly. I almost broke the PC once because I couldn’t control my anger for not getting everything in time. When I was trying to get more than 8 tracks on Cubasis on the PC everything was falling a part!!  :yell:

When I was around 21 years old I moved to New York to get a degree in Music Technology. I stayed almost 7 years in New York to both study and make music. That is where all started. I bought my first Apple Macintosh and I started using Logic as my main sequencer. I would spend most of my time going to the University and making music at my home studio on my spare time. My first record came out as a double single on the prestigious UK label Low Pressings. This release opened the doors for me. Multiple releases on Bedrock, Yoshitoshi, Ovum, Plastic City and many more were followed.

How has the process of making music changed since you started out, and what does your current set up look like?

Completely!! I could never imagine myself by just having a Macbook making a complete, finished track. It’s amazing what you can do “in the box” these days. Because of my background of making music it was hard for me to get used to the idea of composing and mixing everything by only using a computer. I was always used to use a sequencer for triggering my synths by MIDI and mixing on an outboard console. The feeling has been completely different doing all these in a computer. I still have some difficulty to get a proper mix inside the computer.

My current setup consists of MacPro, a Macbook, an Apogee audio interface, a UAD quad card and many plugins. I’ve been using Logic for so many years now as my main sequencer but I decided to give Ableton Live a try three months ago. This changed everything for me. Live gave me a new perspective on composing music by using only a computer. I still use Logic for mixing though because in my opinion it sounds better.

It’s been quite a while since your album, the beautiful ‘Life’ on Plastic City in 2000. Does that album still connect with you when you hear it now? Any plans for a follow up?

It will always connect with me in a way that music connects with me in general. I love this album and I can still listen to it and completely enjoy it. I would love to prepare a new album soon and it is high on my priority list. I don’t know if it will around the same genre but it will include many melodies.

Your track ‘The Cactus’, first heard on 99percent’s ‘TEN’ album and due a full release soon, prominently features the kind of 303 sound that most contemporary producers try to avoid, since they seems to perceive it as dated or clichéd. Do you think it’s time for a revival? Did you have any ambitions to show people that it can still sound fresh and exciting when you made the track (or were you just making music)?

TB303 will never die!!! Can you imagine there are still so many companies trying to make clones of it? I believe it is up to artists how to use it on their tracks. There are so many ways and in so many genres you could use this monster!

What other releases do you have lined up for G.Pal?

A remix for Eric Sneo’s “Arjuna” which will be our next release on Swift Records out in May. I’ve been also working on many different projects at this time which I can not reveal yet. The only thing I can say is to expect many releases from me in the future!!!  🙂  Also my new remix for 99percentrecordings was released just this week.  Reactions have been great for that.

Your record label, Swift, is back after a 7 year hiatus. What prompted the decision to bring it back to life this year, and what do we have to look forward to from it?

The reasons I put my baby label on hold were some rough personal issues. Swift Records is back to stay. We will be having a new approach concerning the sound and genre. You should expect many releases from me and other artist mainly around the techno/ tech-house genres.

The first of the new round of Swift releases also saw you reviving your El Greco moniker, associated with your harder, techier output. How do you decide what should be an El Greco release and what to put out as G.Pal? Any more El Greco tracks on the horizon?

The Swift brand recently launched a radio show on Frisky Radio, Swift Sessions. How has the show been going, and can you say a bit about what listeners can expect to hear if they tune in?

Actually it is going really well.  We’re showcasing our new releases on Swift Records and listeners should expect a more techier/techno sound on the shows.

This seems to be a really good period for Greek house music, with a cluster of really talented producers (Stelios Vassiloudis, Nikko Z, Nick Varon etc) interacting and supporting each other. But do you think the scene in Greece is in a good place overall just now? What are the main challenges it faces?

There are so many good producers on so many different genres in Greece at the moment. I believe the scene in Greece is evolving really well but Greek producers have to stay united and supporting each other. We Greeks intend to compete each other in not a good way. So, personally the challenge it faces is for us to work all together and promote our country the hell out of it. Because we are good, really good at what we do if we stay united !!! MANCHESTER UNITED !! hahaha

You recently described Daft Punk’s ‘Veridis Quo’ as one of your favorite records. The debate surrounding their new album seems to have divided a lot of people, with the group declaring that contemporary electronic music is in a crisis and suggesting a return to human vocalists and musicians as a way forward, and critics accusing them of using this as an excuse to refuse to innovate musically at all. Do you agree that we’ve reached a crisis point, and if so what are your views on how we might break through to the other side? What role do stars like Daft Punk have to play?

The world is evolving and so is music!! I don’t agree on the term “crisis point”. I believe the world is in a transitional point in general and this has nothing to do only with music. It is not about genre, vocal, guitars, drums, musicians nor instruments. A solid production will always stand out and be received properly by the people. It’s all about making “good” music.

You clearly have a lot going on at the moment, but what’s the next step for G.Pal?

Making music… and trying to find myself once again.

Thanks for talking to us George and best of luck with things! 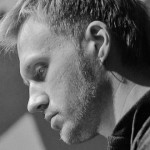 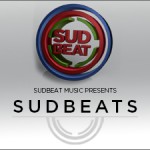