Hernan Cattaneo’s Sudbeat is one of the hottest labels around, and rightly so; its consistency and quality have been matched by very few over the past few years,  and so the expectations for ‘Sudbeats’, the label’s first ever compilation album, are sky high. The album serves up 16 brand new tracks, from a mixture of well-established names and emerging talents.

The album opens with two of the absolute standouts. Fran Von Vie’s ‘Can’t Get Enough’ is just an absolute beauty. This is rolling, joyful progressive house that doesn’t mind if it steps on deep house’s toes. Great production, strong melodies, and the title gently chanted until it gets totally lodged in your head; this is absolutely wonderful stuff, further confirming this Spanish producer’s reputation as one to watch very closely indeed.

It’s been good to hear some solo stuff from Guy Mantzur recently, and the second track on the album, the aptly named ‘Let it Rise’, is one of his most powerful productions to date. It starts life as a heavy techno throwdown, but Mantzur builds it into a near-psychedelic trip of a track, fluttering synths and distant cries lending it a really otherworldly quality. And the title really is spot on – the track features not one, but two of the most memorable builds of recent times. Fantastic work once again from one of the scene’s most talented producers.

Jeremy Olander’s ‘Factures’ is an airy and spacious piece of work, which takes off nicely two minutes in. Olander keeps things nice and simple, letting drifting pads and an infectious groove carry the track forward. It’s more of a mood-setter than a peak-time track, but it’s none the worse for that.

Israeli artist Muzaro is up next, having recently enjoyed success on compatriot Guy J’s Lost & Found label. ‘Romozio’ has a nice, positive feel to it, and really rich, interesting percussion, but sadly I found the main melody line more irritating than inspiring, and so overall this was a bit of a miss for me. I’d be keen to hear more work by Muzaro though, since there’s clearly a lot of talent on show here, even if this track didn’t have the desired effect on me.

The next track sees Khen take the helm, following up fantastic releases on 99percent and Replug, and ‘Haziness’ doesn’t disappoint. Moody but groovy, this is a deep tech-houser, boasting a surprisingly trancey lead theme. It’s perhaps not quite as good as Khen’s recent singles, but it’s rock-solid stuff nonetheless.

‘Hackney’ comes next, from Italian producer Graziano Raffa. It takes a little while to really get going, but a breakdown halfway through introduces a simple melody that lifts proceedings. It didn’t grab me as much as some of the other tracks, but its stripped-back, unpretentious progressive sound is likely to appeal to a lot of DJs. A good debut from a promising young talent.

Next Guy Mantzur steps up to the plate again, this time in collaboration with one of his regular partners in crime, Sahar Z. ‘Dreaming in 3D’ throws a growing bass, spacey splinters of vocoder and crisp percussion at the listener, but while it’ll no doubt work a treat on the right dancefloor, there wasn’t really enough going on for my liking. I found this track a bit disappointing, particularly in light of the quality of both ‘Let it Rise’ and their previous joint ventures.

Unisol’s ‘Hope’ pitches a simple bassline and funky little snare rolls against layers of atmospheric synths. The result is pleasant enough, but again there isn’t enough variety across its 8 minute running time to really sustain interest.

Juan Deminicis’s outstanding ‘Headvoice’ offers up a heady cocktail of disconcerting techno-funk, shards of weird vocals, and super-sweet melodies. It probably shouldn’t work, but somehow it all adds up to give the album another highlight. It’s nice to hear a producer take a risk and deliver something that sounds so futuristic and exciting. Terrific work from Deminicis here.

Darin Epsilon turns in a gentle slice of melodic techno, ‘Red Matter’. There are some really pretty, dreamy melodic themes running through the track, though I do wish it had been a bit punchier, and it could have done with introducing some new ideas towards the end to keep the track sounding fresher throughout.

Malandra Jr’s ‘Temperance’ offers a lovely, chiming slice of abstracta, which manages to build a lot of atmosphere from just a few key elements. Unfortunately, the track loses its way a bit, with almost nothing happening in the final three minutes. Still, there’s a little melodic gem tucked away in there, which DJs will no doubt manage to uncover to good effect.

Mike Griego has been responsible for some of the most exciting progressive techno of the last few years, and ‘You Don’t Play’ is cut from the same cloth as his earlier work. A massive, driving bassline forms the backbone of the track, while a simple but trippy little synth line adds urgency. The breakdown just over halfway through overstays its welcome a little, but the track kicks back in such a satisfying manner that it’s hard to care too much.

Dibby Dougherty & David Young have been creating some excellent dark but melodic techno of late, and their track ‘Constant’ earlier this year on Somebody’s Story was one of the pair’s best to date. ‘The Swan’ is a really nice Vangelis-esque piece of work, which offsets arpeggiated melodies and bass tones to great effect, while fragile synths add further texture. The final few minutes crank up the analogue-nastiness factor, giving the track a great finale. I’ve been a big fan of these guys ever seen hearing ‘The Black Smoke’ a couple of years back, and it’s exciting to hear their sound mature the way it has.

Nick Varon’s ‘Occupational Hazard’ features some nice, light melodies, but the chugging bassline and skippy percussion just sound much too thin to give the track any really power, and Varon doesn’t vary them at all throughout the track. It’s a shame, since it certainly feels like a lot more could have been done with this.

Eagles & Butterflies’s contribution ‘Merkabah’ sadly just doesn’t really bring any ideas to the table. The percussion is snappy enough, and it ups the tempo nicely relative to the rest of the album, but it’s really repetitive, and there’s really nothing going on that bears that kind of intense repetition.

Finally, Black 8’s ‘Nostalgia’ is mournful, spacey and hypnotic, and it brings the album to a satisfying close. This is music to get thoroughly lost to; proper trance, in a sense of that term that’s all but gone now, drowned in a sea of commercial crap. This young Egyptian producer hasn’t released much music yet, but ‘Nostalgia’ is bound to turn heads in his direction, and we’ll have to wait and see what he delivers next.

There are some truly outstanding moments on ‘Sudbeats’, but overall I’m left feeling like it would have been better for the label to have included fewer tracks and to have kept the quality more constant. As it is, despite getting off to an amazing start, the album feels rather uneven. Still, when it’s good it’s really good, and ‘Sudbeats’ does succeed in its aim of giving some exposure to some really promising new producers. Hopefully this is will be the first of many such outings from the label. 8/10 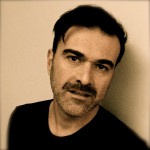 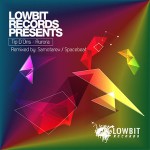