Previous Next
Credit: Jamie Ellington
Icelandic masterminds GusGus return to the release circuit with a new original single, “Out Of Place”. The single is arriving two weeks following the vinyl release containing two unforgiving remixes from Raxon and Johannes Brecht.  A melancholic, synth-pop cut, “Out Of Place” will form part of the second installment of Remixes Are More Flexible.

“Out Of Place” highlights GusGus’ affinity for rolling synth-lines and sharp, pop-driven vocals, courtesy of the duo themselves. Evoking loss and melancholia meshed with a hint of 80s flavor, the track depicts a colorful tale of love gone.

Electronic music veterans, GusGus rounded out the end of last year with a surprise remix EP that took their 2018 album, Lies Are More Flexible, to a new creative level. Featuring the mesmerizing electronic sounds of CPI, David Alvarado, Metrika, and Henry Cullen, the EP pushed the sonic boundaries of their counterparts and delivered everything from grit to groove.  Now venturing into spring, the duo is gearing up to release part two of their remix packages, a 6-track EP that showcases fresh, new perspectives on their predecessors. Remixes Are More Flexible Pt. 2 will feature cuts from remix extraordinaire Mindksap, techno and trance pioneer Jam El Mar (Jam & Spoon), Egyptian rising house star Raxon, a remix from Biggi Viera himself, and two original singles. 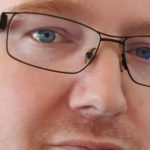 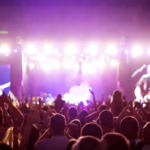