Despite only a handful of releases to his name, London-based producer and man-of-mystery Han Haak has managed to generate quite a buzz.‘Rusted Robot’ is his debut on Tini Tun and Juan Zamanillo’s We Are Here Music label, now on its 6th release, and it comes with remixes from Quivver, Pete Bones, and The Midnight Perverts.

‘Rusted Robot’ is an elegant, understated tech-houser, which reminded me of a more stripped-back counterpart to the fantastic ‘Justified Replacement of Lulu’ from Selador label-mate Dave Seaman. The bassline flexes, spurred on by electrifying stabs, before the breakdown introduces a subtle haunted-house organ hook that adds a touch of melody and suspense. The standout moment is when the percussion and the bass reconnect underneath the hook, creating a fantastically charged atmosphere for a few seconds before the track picks up steam again.

Quivver’s recent remix of Adwer’s ‘Kolibri’ on Baroque is one of his best pieces of recent work, in my opinion, and this is a fitting followup. It’s instantly recognisable as a Quivver production, and even more so when it drops into the kind of groove that he’s absolutely nailed in recent years, keeping the bassline rumbling under a chiming riff that recalls his phenomenal ‘Boom Boom’ from 2010. The breakdown offers a nice nod to Han Haak’s original, twisting the hook for maximum spookiness. But it’s the incredible presence that the percussion has that really makes this remix work, though, from the thrilling handclaps that appear early on to the jacking kicks, to the stinging hi-hats that pick up at key moments throughout, yielding just the right balance of funk and sucker-punch. This is the sonic equivalent of Truckasaurus from the Simpsons – miss it at your peril.

I’ve written before about my admiration for Pete Bones’s early work, and for the way he’s continued to reinvent himself and release quality music across his impressively lengthy career. But I must admit, I found myself a bit disappointed with his take on ‘Rusted Robot’. The main issue is it doesn’t depart all that much from Han Haak’s original, and where it does, the changes tend to just remove the atmosphere from the track altogether, leaving some rather shapeless synth parts playing out over the original’s bassline. As the other remixes show, there’s more potential in the track than that.

In contrast, The Midnight Perverts play up the atmospheric elements of the track, and cast them over one of the most powerful basslines I’ve heard recently. It can’t help but become the centrepiece of the track as soon as it starts to assert itself, and it provides a great foundation for the fluttering melodies and driving percussion. Fantastic stuff.

This is a terrific release from We Are Here Music and Han Haak, with the highlights for me being the remixes from Quivver and The Midnight Perverts. 8/10 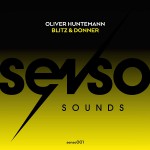 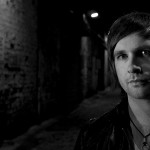