Newcastle’s Jobe makes his debut on Selador with a 3-track EP, backed by excellent remixes from label-regulars Cristoph and Snilloc.

Jobe’s title track starts off as a gentle progger, with trancey synths and a slinky bassline setting the scene, and catchy hooks and warm, rising pads filling the track out as it heads towards the breakdown. However, it’s the mood change around the breakdown that makes Jobe’s track so distinctive, with a piercing held note creating considerable suspense as a paranoid melody and driving, hypnotic bass part rise up and dominate the even moodier second half.

Cristoph here follows up his excellent remix of ‘Justified Replacement of Lulu’ and his outstanding ‘Foregone Conclusion’ EP on Selador with yet another great outing on the label. He gets the ideas from Jobe’s breakdown onto the table straight away, using them to create a tense intro that sets up a drop into a bass-heavy, percussive groove. Jobe’s melodies aren’t absent for long though, with Cristoph letting them creep in each time he wants to build tension before going up through the gears, and the main hook sounds just fantastic in Cristoph’s hands as the track reaches its peak. This is terrific remix work from Cristoph, managing to make superb use of the original parts without being too deferential to Jobe’s own version of the track.

‘Dissonant’ throws a rolling bassline and gently shimming synths at the listener, before changing the mood with some gnarly, retro bass maneuvers. The swirling, building breakdown is nice, but it goes on for a bit too long for my taste and without quite enough of a pay-off. The next time we hear those sounds, though, they’re soon echoed by the bassline in a cool sequence that carries us to the end of the track.

Snilloc first appeared on Selador reloading the label’s first release, and he turns in a swaggering, techy remix of ‘Dissonant’, with wicked hi-hats, clipped snares, and a bassline that just won’t quit. Jobe’s ideas start to creep in about half way through, with Snilloc keeping the breakdown short and sweet before getting right back down to business.

The EP’s highlight is Jobe’s third original, ‘Critical Mass’, which at once boasts the sweetest, strongest melodies of all the tracks, and the most exciting techno dynamics. The combination of the layered, arpegiated melodies, punishing percussion, and electrifying bass tones is just stunning, and the paradoxically dreamy/urgent breakdown is pretty special. Awesome stuff from Jobe on this one.

Another choice release from Selador here, with the remixes appealing to me a little more than Jobe’s original versions of ‘Law of Entropy’ and ‘Dissonant’, but Jobe absolutely stealing the show with ‘Critical Mass’. 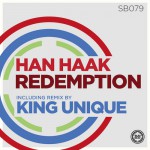 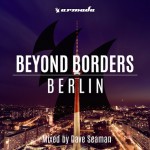