Dave Seaman takes the reins of the new Beyond Borders mix series from King Unique with an instalment from Berlin, giving us his first mix CD since 2013’s ‘The Selador Sessions’.

I’ve been a huge fan of Dave Seaman’s mix albums since I first heard GU12 over 15 years ago, and he’d already been in the game for a while by then. Since then he’s been a staple with Renaissance (including the original and, IMO, best installment in the Masters Series), Global Underground, his own Audio Therapy series, as well as a number of other high-profile outings. So my expectations for a new Dave Seaman compilation are, well, high.

His entry to the ‘Beyond Borders’ series doesn’t disappoint. The mix fittingly gets going with a cut (the first of four!) from Selador, with Nicolas Masseyeff’s excellent and moody reload of one of the label’s biggest tracks this year, Jaap Ligthart & Alice Rose’s ‘I Know Change’. The pianos from Three Machines’ ‘Megalith’ create some pretty special moments during ‘I Know Change’’s intro and breakdown, interacting beautifully with the melodies and vocals, before Dave Seaman lets Three Machines take over, with an intense growling bass offsetting the piano and busy, rippling melodies. From there, the mix swiftly drops into the tough-but-deep house sounds of &ME’s remix of Damian Lazarus & The Ancient Moons’ ‘Vermillion’, with its modal chord progression and soulful vocals: ‘Well I got something to move ya, move ya’. Yes. Yes you do. 🙂

Habsichman is up next, following up his excellent remix of Quivver’s ‘Wait For You’ with a forthcoming track on Selador. It’s great – big, blue-sky melodies on top, and lots of action down below and metallic grooves to keep the momentum of the mix going nicely. Re:You’s remix of Terra Nova feat. Stereo MCs’ ‘Tell Me Why’ throws some indie attitude into proceedings, with some bold synth lines and Rob Birch’s distinctive vocals setting the mood. It’s probably the track on the mix that least appeals to me, but it works well in context, and sets up one of the more memorable transition as the melodies from Stephan Bodzin’s remix of Marc Romboy’s ‘Hypernova’ start to seep around ‘Tell Me Why’’s vocals. Bodzin’s interpretation of ‘Hypernova’ created a huge stir when it came out on Romboy’s own Systematic a few months back, and unsurprisingly it’s one of the highlights of Dave Seaman’s ‘Berlin’ mix too, with its soaring, interwoven melodies and gorgeously retro bassline. Selador-regular Justin Massei’s take on Third Son’s ‘Colorblind’ signals its arrival with heavy hi-hats, Dr Who dynamics, and insistent ‘Dooms Night’-style stabs – I was a big fan of this remix when Selador first released it, and it works a treat here. Guy Mantzur & Roy Rosenfeld round out this sequence of the mix with ‘Epika’, one of the two excellent tracks from their EP on Kompakt earlier in the year. ‘Epika’ boasts lazy, dreamy guitar licks, mirrored below by twin heavy basslines, while drifting melodies create a sense of space. Lovely.

You can feel Dave Seaman going up a gear as his own remix of Marc Marzenit’s ‘Death Espiral’ begins to assert itself, and this marks a change in the feel of the mix. The energy levels rise as the track’s chugging bassline sets the scene for abstract melodies, leading to a spiraling, distorted hook that dominates the breakdown. Siren blast start to ring out as the remix comes out of the break, introducing Dahu’s ‘Sedated’ on the excellent Steyoyoke. Actually, I could have done with the siren being notched back in this track. It didn’t need it, since the intricate, urgent hooks sparring with the relentless, remorseless bassline would have been compelling enough as they stands, and the breakdown is stunning – but that high-pitched sound tends to slightly overwhelm the other elements of the track. Nicolas Masseyeff makes his second appearance next, demonstrating why he’s one of Dave Seaman’s favourite producers with a totally unique track, ‘Flagrance’, boasting gothic pianos, twisted synth motifs, and powerful bass tones. It really effectively sets the stage for D-Nox & Beckers’ spooky reconception of Quivver’s ‘Wait For You’ too, with Dave Seaman letting John Graham’s unmistakable vocal creep in nicely over Masseyeff’s record before D-Nox & Beckers drop the bass.

From there, Dave Seaman steps up to the plate again with another of his own remixes, this time a funky but twisted version of Habischman & Thomas Gandey’s ‘Let Me’, with warm basslines meeting driving stabs, atmospheric vocals, and discordant hooks, leading to another real highpoint of the mix, Andre Hommen’s ‘Centrifuge’, which really earns its name with its mind-bending central hook while remaining melodic and uplifting. Finally, we have the upcoming release on Selador to close things out, ‘Feel You Hold You’ from Framewerk, with its chopped up vocal sample (I suspect from a song that already graced a Dave Seaman mix CD a long time ago – but I’m not sure, and I’ll say no more!) and brassy bass parts. I’m firmly on Team Quivver when it comes to this track, but Framewerk’s original provides a suitably distinctive last note to Dave Seaman’s mix.

Overall, this has all the hallmarks we’ve come to expect from Dave Seaman, including top-notch track selection, superlative mixing (including several really memorable transitions, like the early interactions between ‘Megalith’ and ‘I Know Change’ mentioned above), a great flow and build across the 75 minute running time, and really interesting choices of vocal tracks – I remember reading the blurb on one of the early Renaissance albums (I think perhaps ‘The Mix Collection Volume 4’) and it said that Dave Seaman really understood the way a good vocal could lift things and make a mix stand out, and 20 years on that’s still as true as ever. Once again, Dave Seaman has created a mix of forward-thinking house and techno that doesn’t sound like anything else out there at the moment, and that looks set to stand the test of time. 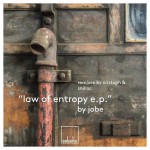 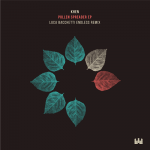