After nearly a year of teasing his next big project, Joris Voorn revealed today his fourth studio album ‘\\\\’ will be released on November 15 via his own Spectrum Music imprint. Along with the highly-anticipated news, he dropped a new stunning single “Messiah“, featuring a brilliant collaboration with London trip-hop group HÆLOS. We can only hope this track is informative of the rest of the album, as it sees Voorn explore the sonic stylings of Europe’s early rave era and the foundational sounds of electronic music in the mid-90s.

Voorn’s last three singles, “Ryo,” “Antigone,” and “Dark,” illustrate his masterful approach in evolving his sound using almost melancholic and introspective elements throughout. The album is sure to follow suit. 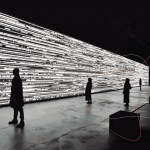 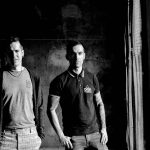