Their next release sees Berlin’s Justin Massei return to the fray with his Sideways Eight EP.

Comprising of two originals alongside remixes from fellow Berliner and Watergate resident Ruede Hagelstein plus Selador’s favourite Spaniard, Sincopat boss, AFFKT, its proper late night business abound.  This will take you deeper & darker than the Mariana Trench and is a sure fire dance-floor destroyer.

Justin recently (in Jan 2017) became a resident of the Chalet club in Berlin and started his own monthly party there called “RITUAL” which has gained has built a solid following within just a few months. Catch him at Watergate on June 28 for Selador’s Label night.

Look out for forthcoming releases/remixes in the pipeline on Power Plant Records, and NYC boutique label Modern Day Music.

His show on FRISKY Radio, ‘The War On Consciousness’ was Top Set and Top Show of 2016″ 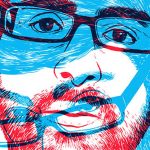 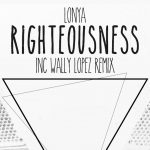