microCastle’s first release of the year sees King Unique pick his own remixers for the three tracks on his excellent ‘Some Break the Shell’ EP from last year. The remixes come from dubspeeka, Pedram, Jamie Stevens, and Petrels.

I’m a big fan of dubspeeka’s work, and his recent ‘Primary K272’ is both a career-best for him and one of the most original and exciting pieces of techno I’ve heard in ages. Unfortunately, I have to say that I’m not that keen on his interpretation of ‘7 Hours’ – it’s a ‘dub mix’ which means that King Unique’s central melody line and snippets of the vocal occasionally play out over an otherwise pretty minimalist track. I’d hoped for a bit more from this, to be honest.

Pedram’s remix of the track is more to my taste, pitching down the vocals, and pitting a chugging bassline and skipping kicks against lush, sweeping strings. The result sits nicely between deep- and progressive-house, and the lovely extended outro makes it a likely candidate to close out a few sets over the coming months.

George Orwell’s nightmarish vision of the future was a boot stamping on a human face forever. Clocking in at 8 minutes Jamie Stevens’ stomping remix of ‘Some Break’ – my favourite track from the original EP – fair puts the boot in, but what Orwell failed to realise is how uplifting an experience getting trampled can be when it’s topped out with sweet cascading vocals and imbued with grooves fit for a Disco King. Fantastic work from Jamie Stevens here, and a fitting return to microCastle after the landmark ‘The Wonder of You’ EP, which appeared on the label just over a year ago.

‘Without Boxes’ was the lovely little track tucked away at the end of King Unique’s original EP, and here it receives a sprawling 12-minute long reinvention by London-based producer Petrels. The fuzzy yet hypnotic central hook emerges early, and Petrels constructs a vast, spacious soundscape around it over the first four minutes. This gives way to a more intimate moment, but a flurry of strings soon introduces the middle portion of the track. Here warm bass tones play off the hook, creating a succession of staggeringly gorgeous moments, which Petrels wraps in a haze of strings, vocals, and electronic noise, while the third act loses the melodic edge, instead pushing each of the sounds to their limits. This is simply wonderful stuff from Petrels, and I’ll definitely be checking out more of his material.

Finally, the ‘No Makeup’ version of ‘7 Hours’ makes it all about Natalie Arnold’s vocal, stripping the accompaniment back to Arnold’s guitar and King Unique’s electric organ. The lyrics come through much more clearly than they did for me before, and the multilayered harmonies make for a fittingly moving finale to both the song and the EP. 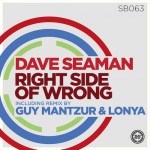 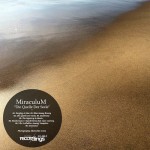