After a slew of releases on labels like Lowbit, Stellar Fountain, Clinique, and Balkan Connection, Budapest’s MiraculuM offers up a diverse 9 track LP on Stripped.

Opener ‘Forging a Planet’ kicks things off with some gentle breakbeats and piercing synth blasts, but it soon settles into something much more atmospheric, with a shuddering bass providing the backdrop for sci-fi melodies, drifting pianos, and sawing strings themes. ‘Blue Sunny Breezy’ is lighter and warmer in tone, with dreamy pads, plaintive vocals, a punchy bassline, fluttering breaks, and catchy melodic ripples, while MiraculuM’s title track opens with glitchy beats and its beautiful central hook, before offering up an unusual combination of melodic electronica and housier sounds.

‘Insidrums’ sees funky tuned percussion and a weaving bassline meeting uplifting and Balearic melodies and some cool spoken word samples, while the second half throws in some hypnotic, trancier sounds. Next up we have ‘The Mystery in Music’, which kicks off with bass stabs and excellent vocal work, before MiraculuM lets the percussion off the leash. The gentle chiming melodies here are amongst the strongest ideas on the album, though I was much less persuaded by Terry Grant’s vocal that comes to the fore during the breakdown – I’d love a dub version of this, and it sounds like there’s potential for some great remixes here.

‘Slenderman’ is all about that bass at first, but a squelchy prog sound soon emerges, along with some subtle and hypnotic hooks, though I wasn’t keen on the sudden key changes in the second half and so overall this one was a bit of a miss for me. ‘Synchrotron’ drops the tempo back down to 116bpm for a dubby deep house vocal workout. MiraculuM’s bassline on this is awesome, but I didn’t much like the interaction between the vocals and the rest of the track – again, I’d like to hear a dub version of this. The wobbly, proggy ‘Like Lullabies for Vampires’ is more to my tastes again, with its walking bassline, acidic flourishes, and its simple but bright melodies. Finally, ‘Dawnstar’ treats us to some busy, rippling sequencers, breathy pads, distinctive vocals, and eastern-tinged strings, giving the album a final slice of submerged ambience.

This is a consistently original and distinctive album from MiraculuM, covering a lot of music territory and packed with well-realised melodic ideas – well worth checking out. 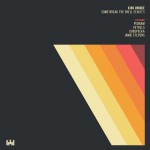 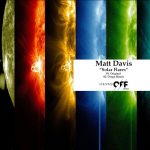