Klaudia Gawlas is a prominent artist in Germany’s techno scene, and she is regularly booked to play in other parts of Europe.

Her crowd-pleasing DJ skills are often on show at events such as Awakenings Festival and Time Warp, plus she is also a skilled producer making dark and heavy tracks similar to the style she plays.

Running a label with Eric Sneo called MOD she often self-releases many of her own tracks, but Klaudia Gawlas has also featured on other imprints including Sleaze Record, Naked Lunch and Driving Forces Recordings.

Next in Klaudia Gawlas’ release schedule is a four-track EP on Joseph Capriati’s label Redimension and here at Change Underground we have been honoured to premiere the title track “The Siren”.

With hard-hitting percussion and writhing acid, “The Sirens” building intensity is a fantastic EP opener and it’s in our opinion the strongest track on the release although it must be said all are of an outstanding standard.

Out on both digital and vinyl you can pre-order a copy from HERE. 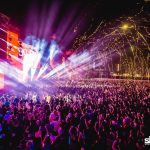 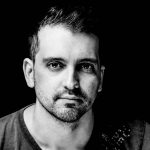