The much anticipated first release on Luis Bondio’s Classound Recordings is out this week and it features Luis delivering one of his most inspiring productions to date. Luis Bondio has grown into one of Argentina’s most recognizable progressive house producers. With appearances on Renaissance, Hope, DAR and Mesmeric combined with the continued support from international DJs like Nick Warren and Hernan Cattaneo 2012 has seen Luis become one of the genre’s most loved artists. Luis’ new Classound imprint promises to be one of the best new labels as 2013 is set to begin and the first release entitled ‘Waiting For’ which includes a remix from Deepfunk certainly sets the bar very high.

The ‘Waiting For’ original leads the release off with a fresh hypnotic vibe that is rooted with some well shaped bass tones that provide some amazing dance floor bounce straight away. Long drawn out atmospheres, glassy electronics and soft angelic sounding pads soon surround the framework as the track builds towards the drop. Subtle chord changes lead to the breakdown where a gorgeous sequence of clustered keys rises to the forefront for an amazing emotional moment. A quick and impactful build brings the rumbling groove back in for a huge finale that easily sits up there with Luis’ best work to date.

The lone remix of ‘Waiting For” is supplied by the hugely popular Maltese producer Malcolm Abdilla aka Deepfunk who is still one of the most in demand progressive house / melodic techno producers of the moment, he’s been riding a wave of immense success that has now stretched well over a year. His appearances on Bedrock, Sudbeat and more recently Wide Angle, Sound Avenue and Movement have been spectacular. Malcolm’s own Sixtysevensuns imprint has just launched and the production on his first two releases is sounding more cutting edge than ever. For his ‘Waiting For’ interpretation’ Deepfunk has taken all the amazing hypnotic elements from the original and molded them into something much trippier and otherworldly sounding. The waves of cascading melodies and swirling back drop of haunting atmospherics meld together perfectly for another one of Deepfunk’s sonic masterpieces. Outstanding debut from Luis Bondio’s Classound and keep a close eye on this label in 2013 cause it’s destined for greatness. Release Promo Hype Chart #2 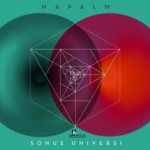 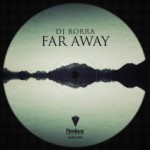