Italian producers Markantonio and Lerio Corrado recently featured a track on the SUM 4 compilation LP released by Second State which is a label run by Pan-Pot.

Following the aforementioned track, the guys who are usually solo artists have also collaborated on a three track EP released a few weeks ago on Markantonio’s own AnalyticTrail.

The AnalyticTrail EP titled Alive is the same style of chunky techno as their track “Motherland” which came out via Second State.

Dark and foreboding the atmosphere and intensity of “Alive” gets things moving with heavy percussion and a sense of vigour, which like an adrenaline filled rollercoaster ride, wakes up the senses and makes you feel alive… so I think it’s safe to assume this is how the track got its title.

Keeping one foot on the throttle, the second track “Lies” gradually accelerates towards the breakdown, where it lifts up a gear before settling back into cruise control. Getting from A to B via the most direct route, this techno commute gets you where you want to be and arrives right on time.

“Ups And Downs” is the third of the guy’s joint efforts and it closes off the release with razor sharp synths that cut through the mix, and as the title suggests it lifts and drops with building tension. 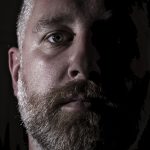 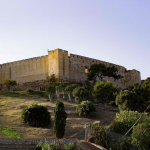