Michael A makes another appearance on Stripped, turning in two excellent new tracks for the ever-consistent label.

‘The Sea’ is a slightly lower-tempo number which should have a lot of cross-over appeal, since it pulls together progressive sounds and sleazier, housier vibes. The three interwoven basslines give the track some serious welly, while Michael A tops them off with just enough melody to keep things spaced-out and interesting.

The winner here for me, though, is ‘Perception’ – it’s one of Michael A’s best works in a while, in fact, and I don’t say that lightly. It raises the tempo and the aggression levels from the get-go, with hard-hitting bass pulses soon joined by a second equally driving bassline. Vocal pads, dreamy synths, and subtle hints of the key changes to come generate huge levels of anticipation as the track builds, and those key changes arrive at the 3 minute mark, kicking the track into orbit before the breakdown delivers a miniture sci-fi movie to your ears. The key-changes catch the listener off guard again as the track pulls out of the breakdown, with Michael A dropping a new, spiralling melody to terrific effect.

Michael A has long been one of my favourite producers, and this release only cements my appreciation further, with ‘Perception’ offering a complete and utter headrush. 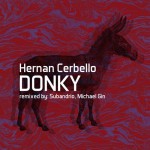 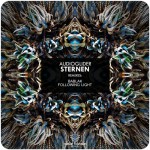