This is not a first time collaboration as the quartet released the well received ‘Possessed’ in December through Tash’s Movement Recordings. A quiet start to 2017 for Michael, Levan and Stiven has made this release all the more anticipated and Pro-B-Tech has called upon Ian Dillon and Stelios Vassiloudis to remix the project.

The release starts off with the original mix and much like the aforementioned ‘Possessed’ it’s deep, progressive and incredibly captivating. Anchored by a funky groove and dubby rhythms it begins with a lovely late night quality. Aquatic atmospheres and enchanting melodies make for a smooth ride into the break as trippy textures swirl above. No heavy dramatics here, just gorgeous moods and an effortless flow back to the groove which gets all more appealing with each passing loop. Beautiful work from Michael, Levan, Stiven and Rick.

The first interpretation of ‘Entity’ is provided by Ian Dillon who is returning to the label for his fifth appearance. The UK artist first appeared on the UK imprint in June of 2015 with a remix of Namespace and Amber Long. He has since gone on to deliver three more remixes and an EP in the last calendar year, all of which have been excellent. His interpretation of ‘Entity’ is no different and he puts a lovely twist on the production. Tougher beats and a rugged groove reshape the foundation while the main atmospheric themes remain well intact. Warm bass swells flow through a series of chord changes bringing more emotion throughout and two timely breaks divide the action perfectly. Lovely remix from Ian.

The second and final interpretation of ‘Entity’ is provided by Stelios Vassiloudis who is making his first appearance on Pro-B-Tech. Fresh off his outstanding 66.6 EP for Bedrock to begin the year the Greek artist continues that momentum with an amazing remix here. Coming in deeper, dubbier and a touch more techno inspired it sits as a wonderful complement to the previous two versions. Profoundly hypnotic; it’s waves of percussion, phasing atmospheres and dubbed out effects come together for the ultimate glacial journey, closing the release out very strong. Likely one you’ll be hearing a lot in the coming months and my favourite version on the release as well. Highly Recommended. 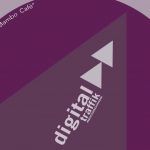 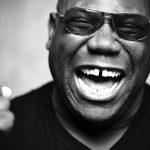