As he begins to prepare his sophomore album for 2020, the internationally celebrated German producer wraps up the decade with an exquisite nineteen-track deluxe package of his critically-acclaimed debut long player.

Having firmly established himself as one of the most exciting talents to emerge onto the global electronic music scene over the past few years – due in no small part to the critically-acclaimed release of his debut album Amnioticin 2018 – Monolink’s rapid rise to international stardom has been remarkable to say the least.

Now, and with a brand new album on the horizon in 2020, the distinguished German producer and multi-instrumentalist closes out the biggest chapter of his career to date with the eagerly-anticipated release of Amniotic (Deluxe Version).

Out now via Berlin-based label, Embassy One, Monolink’s Amniotic (Deluxe Version)features eight additional cuts to accompany the original eleven album tracks, including a brand new original single titled Outgrown, a remix from each of Purple Disco Machine and Acid Pauli, three Acoustic Versions, which were released as an official Amniotic Acoustic EPon November 29, and two exclusive Live Recordings from his Robot Heart performance at Burning Man in 2018. For the full album tracklist, see below.

Speaking about the release of Amniotic (DeluxeVersion), Monolink commented:

“My debut album ‘Amniotic’ has been a long time in the making and promoting. Many years in many continents writing, recording, promoting and touring it.  So now that this journey is ending and as I move onto my next album, I wanted to close the door by releasing a new version for my fans that contains new remixes, a couple of my favourite ever ‘live’ versions of the tracks as well as three acoustic versions of the singles that I always wanted to record but didn’t get the chance before. Plus a completely new track called ‘Outgrown’ that I’ve had kicking around a while, but which never made ‘Amniotic’.  Anyway I really hope everyone loves all this new music as much as I do”

The release of Amniotic (Deluxe Version)comes at the start of Monolink’s December tour of South America, which will see the multi-faceted Berlin-based talent take on five headline shows across the continent in just two weeks. Kicking off in Santiago de Chile on December 13, Steffen Linck then travels to Sao Paolo, Lima, Buenos Aires and Cordoba before heading back across the Atlantic for a show at Soma Bay, Egypt on December 29 and a very special performance at Landesmuseum in Zurich on December 31 to ring in the New Year.

Monolink – Amniotic (Deluxe Version) is out now, via Embassy One. 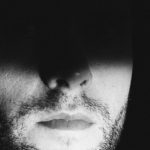 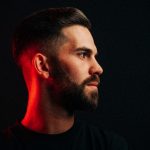