Rawthentic Music founder, international DJ and Ibiza regular year in, year our at the likes of Paradise at DC-10 and more, Nathan Barato remains one of house music’s key names. Following the release of his ‘Don’t Watch Dat’ EP on his own label, we caught up with the Toronto native to discuss his year to date, evolutions in the industry, Toronto’s scene and his first experience of flying on a private jet…

Hi, great to speak to you Nathan. Can you tell us about the early days of Rawthentic Music with you and your brother? How did it all begin and why?

Hi its great to speak with you as well also. Basically for Raw, I wanted to start a digital label in the early days of Beatport and my brother being the sickest big brother of all time, offered to help out because I was the brokest DJ of all time. Slowly but surely we got it up and running and it was really cool for me to connect with other producers I looked up to so much….the one that stood out through time was Justin Drake… mega influential producer individually and as one half of Peace Division.

Not much later, I connected with Carlo Lio through gigging in Toronto together and we released his track “Everybody” which was a local hit…. We decided to do a remix of it but couldn’t find the parts so we tried re-singing the vocal… I wish there was video of us trying to sing it when we were recording lolol.. it was a shit show.

Not too many years later, Carlo bought into Raw as we had a strong duo running through local Toronto clubs, so it made sense to roll on with Raw together with my brother being the supportive silent partner type at that time. We had so many cool experiences running the label back then… like when we paid Mastiksoul for a remix with my iPhone lol… a long story but he reeeeeally wanted my iPhone.

You’ve had quite the busy year playing shows and festivals across the Americas and Europe, what have been some of your highlights?

I’m really lucky that I get to have these insane DJ experiences so frequently. And it’s really tough to pinpoint specific highlights because sometimes even that shitty party with 50 people feels like the best gig you ever did.

Me and Carlo playing NYE together in Toronto was pretty epic, and then again at Electric Island in May… but its hard for me not to mention Ibiza. The place gets a bad wrap sometimes but I think it’s a magic island and is the closest place to a second home for me. Two standouts this years definitely were playing the Amnesia terrace raaaammed for Elrow and of course DC-10 for Paradise was so wicked every gig.

I have to ask while we discus tour highlights, how was your first time flying on a private jet last month?

Shit that was funny, especially because I had initially planned 2 flights plus a 3 hour car ride that I was supposed to have taken to get to BPM Portugal from Ibiza. But then along came Attilio and Ester with this new Aero jet which was a last minute move and it was legendary. I praise them.

I had just finished at DC-10 and we needed to get to airport but these jets… they like wait for everyone lol. We showed up to airport 5 mins before boarding. That alone, is a dream! Being on the plane in general was pretty funny. Full service breakfast, super comfy lounge chairs, champagne… the works. A couple other jet rookies like me were there but I loved seeing the jet veterans chilling on the flight like no big deal. I had a grin ear to ear. Definitely a cool experience.

had a cool experience riding on a jet for the first time Ibiza to Algarve a few weeks back. . That Aero jet is simply lovely. . and as you can see, Serge D is there showing me zero interest ?

You created Rawthentic back in 2005, which is an extremely impressive amount of time in the music industry. What in your eyes has changed the most from a business perspective over the years?

So you’re saying I’m old… The first thing that comes to mind as the single biggest change in the business is the impact of social media and just having to be so seen. It’s not something I’ll probably ever going to get used to, but thats business…adapt or die.

You have had an extremely prolific career as an artist to date, what challenges have you encountered, and how have you overcome them?

Hey thanks a lot. This business is really funny. Some aspects of it suck you in so bad you never wanna stop, and other aspects are just a series of a million headaches. But you kind of take them on happily because the actual music part is so gratifying.

Again, I’ve been really lucky to have had the run I’ve been on and I wouldn’t say theres been any real legit struggles. Maybe other than managing my taxes… the tax man can bite me. As with any biz though, theres always some shit you don’t want to do that you gotta do. I guess social media overall has been something I haven’t been able to really get used to. I hate my face bro…

We really can’t get enough of the samples and infectious grooves on your most recent ‘Don’t Watch Dat EP’. Could you take me through the creative process of ‘Don’t Watch Dat’ and ‘My House’ with Gene Farris and NB76?

Wicked thanks. For ‘Dont Watch Dat’ it was some random night that I ended up on my laptop in my kitchen and just starting going at it. I started with Paid in Full drums and kept building. I always wanted to use that cheeky ‘One Step Beyond’ sample. It just came together real quick. Then I took it to the studio to finish it proper.

For ‘My House’ it started with some lyrics I stole from Calvin Harris…. I didn’t like how most of my vocals sounded so I asked my buddy the mega talented Gene to re-do them for me and of course he nailed the shit out of them. NB76 is just some loser that added some adlibby stuff …. “yeahhhh ….mutha, mutha…….mutha, mutha fucka”.

Over the past year have you discovered any new essential bits of studio kit, either digital plugins or hardware?

I’ve been getting more into controllers this year. Akai MPD16 for hi-hats… love the pads and I’ve got a nice groove going between Ableton Push and Behringer X-Touch. Basically I’ve been trying to use the mouse as little as possible, nah mean.

What do you love the most about the Toronto music scene? Which artists should we be looking out for?

Toronto for me definitely has a family feel. Doing parties there is like throwing a jam with all your  fave people. All smiles. Watch out for Chris Larsen dude.

After all your travelling over the years have you ever deliberated moving? If so, what has kept you in Toronto?

Ya for sure. At one point me and Carlo debated moving to Barcelona for 6 months but that was many moons ago. Since then I have spent extended time in the summer in Ibiza and that’s enough for me I think.

For me, theres no place I feel most comfortable like Toronto. My family and a lot of very close friends are there and it just feels right. Me and my wife sometimes talk about moving to NYC or LA or Lisbon but for us for now, we’re happiest in TO.

Tell us what the future holds, what’s coming up for you?

2019 will be an important year for me if all goes right. Lots of music coming including my album and 2 singles, another EP and a few remixes…..and Rawthenic has its 10th release and 1 year anniversary lining up. We’re excited. We got a beauty tour building to celebrate it as well. Cant wait bro. 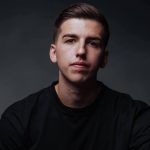 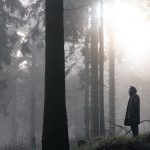