Our respect and admiration for Nick Muir holds no boundaries. For those that don’t know him, we’re proud to introduce one of the most highly respected and influential figures in the dance music scene.

Welcome Nick, how did you get in to music?

I went through the whole classical training thing, started tinkering on piano at 3, lessons at 5, eventually ending up at at music college. I think my teacher had me earmarked as a concert pianist when I was around 11 but then the rot set in and I started listening to rock and funk! I have two elder brothers who were both into music, one used to listen to a lot of soul, Tamla Motown Ska – black music and the other was into the Beatles and those kind of songwriters, Dylan etc. so I was immersed in music from a very early age.

I left college and was a session player for 10 years or so and then house music happened. I had the equipment, samplers, sequencers etc and after going to a few of those early parties it was obvious to me that I had to get involved.

Where were the hotspots where you started to go clubbing? Are there any venues out there today that remind of you those times in the sense of vibe, layout people, or sound?

Places I used to love were the old Club UK in Wandsworth, madness in there, we used to go to Labrynth in Shoreditch, such a sweatbox but what an atmosphere. And there was always Heaven in Charing Cross, scene of the original Spectrum parties and later on the home of Bedrock for many years.

Today, Fabric in Smithfield is a great club of course, they have taken the idea on and developed it; we have had some very successful parties at Fire by Vauxhall Bridge.

Your collaborations and work with John Digweed, under the name Bedrock as well as under your own individual names, are considered classics in the progressive genre. When did you meet John and decide to start working together? What was it like collaborating on music at a time period when the conventions of the music were still being defined and created?

We were introduced by our mutual friend Simeon Jones, the sax player. I was in a band with him and he had met John during a winter season in the Austrian alps when John was DJ-ing up there. John came down to the studio where I had a room and we started remixing together almost straight away. Right from the word go John had a very definite idea of how he wanted to his mixes to sound and I tuned into that pretty quick; it was a great time to be writing dance music, we had the freedom to do pretty much whatever we felt like, the newness of the scene combined with the experience we already had put us in a great place creatively.

Did you have any inspirations when you first started that sparked the sounds you were creating?

Well of course I had John introducing me to all sorts of records and sounds that I otherwise wouldn’t have been aware of.  It was the early days of mix tapes and John was in the first wave of people putting out their own mixes.  There was a classic featuring John, Sasha and Paul Daley (from Leftfield) – I think it was the first release John and Sasha did together, Renaissance by the Sea. They were playing music that was somewhat removed from acid house and the hardcore rave sound but still loads of energy, hypnotic, rocking music.

How would you define your sound today compared to when you first started? What directions have you either intentionally or unintentionally taken musically since then that have changed your sound?

You know what, I would say that the concept is still basically the same – we try to make music that you can lose yourself in, that makes you want to move and that sounds right at a party while still sounding cool. The technology has obviously affected production values, I would say the music has more depth sonically than it used to in the early 90’s when we started. We try to change it up a little, sometimes there’s more melody and harmony, other times the music can get more abstract but I would say you can hear that there’s a thread running through our productions..

What music has inspired you lately? What artists out there are really making a stir for you at the moment? What about their production processes really stand out to you?

We are in the fortunate position of being able to work with many people who we like and admire. Take Guy J for instance, what a producer. He makes such brilliant records, much of it written on the road or at home – a brilliant example of the fact that you don’t need mountains of equipment to make great tunes. Similarly Henry Saiz, Maya Jane Coles, James Holden – producers who make their chosen medium bend to their will.

Are there any current trends in production or audio engineering that you’ve really fallen in love with? Any new technologies or techniques you wish you had when you first started out?

The advent of fast processors and large amounts of storage have changed everything, the editing options you have available now are simply mind blowing, the ability to render everything to audio and work with it with unlimited instances of plug-ins is something inconceivable even a decade ago. I did love having my studio with a load of midi keyboards and outboard effects, it was pretty cool, like sitting in a spaceship but you can do exponentially more now with just a laptop and a midi controller. It’s insane.

What philosophy do you approach when creating and performing a set? Are there any particular feelings you attempt to convey when performing live?

To my ears, house music has a very particular sound. When I first started going to parties I hadn’t really heard dj’s mixing before and that, with all my musical background, was a completely new sound to me – the Venn diagram idea, you have record A, record B and the result of the mix between the two which you could call C. When that mix really works, then that to me is the sound of house music and it’s very special. It’s my favourite sound in all music. One reason I was so drawn to John’s mixing was that he used to hold the mix in for so long and that was the days of vinyl when it was a very delicate operation. So I try and incorporate some cool mixes if I can in my own sets. It speaks very deeply.

What advice do you have to new and upcoming producers? Anything in particular they should focus on that you feel is lacking in new generations?

I generally feel that when people are starting out they sometimes underestimate the amount of work you have to put in to get your record sounding legit. Even if something sounds simple very often the producer will have gone round the houses to arrive at a combination of elements that work brilliantly well together. Don’t settle for something that just sounds ok, make it so that you love every aspect of it. Don’t delude yourself; listen to your tune against others that you like and make sure it measures up. Like Trevor Horn used to say, just make it sound fucking brilliant.

On the other hand, what would you recommend NEVER doing?

What new projects do you have in the works? Any fun tunes coming out soon? Any cool gigs on the horizon as well?

John and I have a project which we have been sitting on for a while which will be finally coming out this year. To me personally it’s one of the most important projects we’ve done and that I’m afraid is as much as I can say at the moment.

I’m gonna be back in Argentina in the summer, also back in New York later in the year. 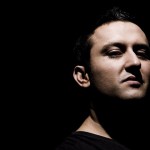 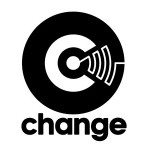