Paul Ritch’s musical delirium and live creativity on stage has been witnessed by countless audiences across the globe. We take some time out with the talented Frenchman to get the lowdown on his illustrious career.

Hi Paul, great to chat.  Tell us how it all started for you.

Paul Ritch: I was 17 and my best friend “ Okain “came back from New York and bought 2 xl500 Gemini and a 2 Chanel mixer. After some years of watching scratch videos they were here in-front of us (I was a bit jealous to be honest hehe but my parents at the time would never let me have this at home anyways. I used to watch him playing his house and hip hop records, then he started to have a residency in a bar and I was going out to see him playing. Sometimes we were going to a party called ‘Cheers’ where guys like Master At Work , Barbara Tucker were performing. It was really like my first step in club scene. Things progressed really quickly I easily went to the dark side of going to all parties  from Monday to Monday 🙂 Then at 19 I met my girlfriend left my parents house bought my first decks it was Gemini  xl500 and a Pioneer DJM 600 and the adventure began!

How underground was techno in France when you first started Djing?  Where did you go partying?

Paul Ritch: When I first start djing there was no meaning of what was underground. I think this word appeared more when EDM showed up and people who were making house and techno didn’t want to be associated with the same kind of music. I was living in Paris so when I was  18 years old the best techno club to provide techno was the Rex club, except that it was a huge scene for raves for the hardcore, hard techno and trance .

I was going anywhere there was great house and techno. So I was going to gay parties which were more decadent and the best parties in town but also sometimes I was going to wild raves. I remember going out to see Claude Young scratching with his elbow and Richie Hawtin throwing his vinyl on the floor right behind him after playing it. That was also the time when Laurent Garnier was doing his all night sets at Rex!

What was your first ever release and is it something you could ever play in a set these days?

Paul Ritch: The first release I signed was on Paradigma Music, I remember my girlfriend sent them directly via MySpace to Marc Marzenit who owned the label, but the first release that came out was Samba. One my first tracks was already done 6 months before Samba and Grom. I did them right before summer in 2006 and they came out at the end of 2006 on Resopal.  I still play it and it still one of my biggest record .

What was the break through point in your career?

Paul Ritch: It was 6 month after Samba came out and I had made 2 or 3 more release on Resopal. 2007 for me was big year of release and almost everybody from house to techno was playing the records. That’s was definitely the break through point of my career.

How would you describe the sound you’re making these days?

Paul Ritch: I still continue in the same line it’s always groovy , the only thing that changed it’s that it’s probably a bit more dark and mental than before 🙂

You took a production break for a few years and back now with an EP on your label Quartz. How long had these tunes been on your hard drive waiting for release?

Paul Ritch: Not much actually I made them around 6 month ago . In the meantime I did few remixes include one for Pan Pot and another for Nicole Moudaber.  I always made a lot of tracks but chose never to release them because I wanted to take my time for a bit.

Paul Ritch: I am opening a new label called “KCZMRK” which will focus on techno of course but mainly experimental music . The first release will be an album I did recently under an alias call kaczmarek as it nothing related to the music I do as Paul Ritch, it will include amazing remixes from Steve Rachmad , Vril , Lewis Fautzi, VSK and more . Very exited about this happening . This project will involve many different kind of artists such as painters, videos artists and new sound technology.

I will have also a new release coming on quartz really soon I’ve just finished.

Which of all your productions would you say you’re most happy with?

Paul Ritch: I am happy with most of them really.  ‘Run baby run’ for sure is one really special for me .

We know you play live.  Tell us what ‘live’ means to you and why you do it.  What equipment are you using? How much preparation are you doing? Is a lot of the set pre-planned? Or do you have the ability to improvise?

Paul Ritch: The word live is very subjective some people think that you have to play instrument in real time to play live music , When I started making music i was producing with only plugins and virtual instrument so I was searching a way to play my music in a creative way and to have fun, as I am not a professional pianist the only way for me was to export the stems for my project kik, snare, hi hat, toms , fx , bass, synth and voices then I could melt all stems of all track I have and play with them in a infinities way and create new tracks that’s why for me this is playing live.  Some people call it hybrid.

Finally can you tell us what gigs you have coming up and how fans can connect?

Paul Ritch: I invite you to visit my website to check all my upcoming gigs and playlist on www.paulritch.com 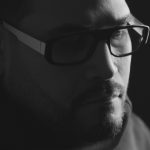 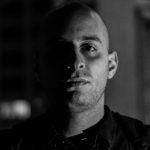