Miocene is a new 2013 label. With a four release catalogue concentrating primarily on the tech house and techno genres, Balkan Connection and Stellar Fountain regular, Tip D’Oris has already featured on remix duties along with Tapeboy and Taras Bazeev.  For their fifth release, Ukrainian artist, Pozitive returns for his second outing on the label. With some 100-track credits to his name already for imprints such as Bulldozer and Monocline, Pozitive has cultivated a deep techno oriented sound for himself, which now manifest itself in the two track, “Majestic” EP.

“Majestic v1” opens with a typical sounding techno kick drum combined with a filtered riff that gradually brings itself to the fore. A strong pulsing bass line and gated riff then provide substance before ticking hi-hat percussion and lead line come into play. As the track progresses, we are then treated to a melancholy melodic riff and piano motif in the breakdown, before the track reaches its dénouement with rippling, groove-laden arpeggios and a repeat of the piano sequence, this time in context with its rhythmic and musical counterparts.

“Majestic v2” is a slower, more considered affair. Echoing the themes of “v1”, the deep pulsing bass line is still a predominant feature along with many of the melodic elements and overall structure. Where “v2” primarily differs is in its fundamental rhythmic structure, hopping and skipping its way in a far more swung vein than its straightforward up-tempo EP partner. Such rhythmic variation can also be heard in the arpeggio-laden final movement that again adds further dynamism and interest to the track as it does in “v1”.

Both these tracks are impressive variations on a theme. It’s certainly interesting to listen to them both as products of the same production ideas but one does sense a slight incongruity in the main piano riff before it is heard in full context. A solid EP here and it would appear that the straight rhythm and driving nature of “Majestic v1” is perhaps better suited to the sets and shows of the world’s DJs. 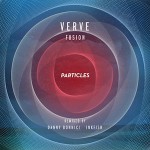 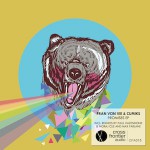