Fabio Neural and DJ Fronter had previously collaborated on tracks released by Toolroom and Tronic, but this is the first full EP they have made together.

Italian native Fabio Neural teams up with growing Columbian talent DJ Fronter on the Brr Baby Brr EP. Soon to be released on Hot Creations, the three-track release is a contemporary house affair that shows the natural chemistry between the two.

Having produced music since 2010, he has focused his tracks towards techno labels like Carl Cox’s Intec and Christian Smith’s Tronic, but he has many strings to his bow, and also produces other genres such as Tech House.

It was last year when Fabio Neural really caught the ground running with Tech House releases on two of the genres leading labels: Relief and Saved. This year has been followed up with Brr Baby Brr, which is arguably his standout release of 2019, and his first release on Hot Creations.

DJ Fronter is one of Columbia’s most prominent artists. Having previously performed for the Resistance party brand his DJ sets speak for themselves, whilst his knack for producing has seen him release on labels like Circus and Nervous.

We premiere “Silver Star” which has tough techno style percussion sequenced into a tech-house groove that’s both tough and jackin. 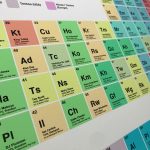 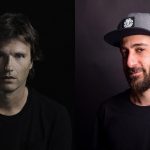