Today we catch up with the super talented Quivver – a man who has been responsible for some of the biggest tunes in clubland.

Hi John, you’ve been making top tunes for over 20 years. How did it all start for you?

I was always really into music as a kid. had a few piano lessons and played drums at school etc… in my early teens I used to make mixes of my hip hop ‘street sounds electro’ records using a double tape deck and a mini Casio sampler. I used to spend hours rewinding and repeating bits, trying to get the timing spot on. They actually sounded ok considering how primitive the process was.  After I left school I worked for a year and saved enough money to buy a sampler, some half decent speakers and DAT machine and got more serious about making music. I managed to get onto the princes youth business trust scheme, which helped keep me afloat for a year or so until i made the first Skanna record. I pressed 1000 white labels and then me and a mate drove to London, Birmingham and Manchester in my knackered old Vauxhall Cavalier selling them to all the underground record shops. with the second skanna release I got a distribution deal which made things a lot easier – although I have fond memories of shopping that first white label around.

I actually had an old hardcore record by you under your Skanna guise 🙂 When did you decide to start making house music instead and what inspired you? Where were you going clubbing back then?

I started clubbing at the Eclipse in Coventry (which at the time was the first legal all night club in the uk), Shelly’s in stoke-on-trent and a lot of raves around the uk. I was into the hardcore/jungle stuff then so that’s what I started producing first.  I had mix tapes (yes, tapes!) of people like Stu Allen and Sasha playing housier stuff and I liked that as well but I was drawn more to the darker breakbeats and underground techno at first – stuff that dj’s like Grooverider , Fabio, Doc Scott and Carl Cox were playing. I started making house music after I met an old friend (Neil Barry) who i hadn’t seen for a while. He was making ambient techno at the time and we got together and made the first two Quivver records. We parted ways after the second e.p because we were never at the studio at the same time and were pretty much making different music to each other.

I carried on doing Skanna and Quivver records for a couple of years but the the house scene was really blowing up at that point and the Quivver project took off more and more so I started to focus solely on that.

Sasha and Digweed (amongst many others) have long been fans of your work. How did you become such good friends?

Yeah they played the quivver stuff from the 1st release on AM:PM. The club promotions guy at AM:PM used to go out to clubs every weekend (as most club promo people did then – when major labels had such departments) and hang out with all the DJ’s who were supporting the label.  I would meet up with him and get me and my mates on guest lists at clubs all over the country (some of which wouldn’t let us in a year before because our shirts weren’t frilly enough or whatever – it was the mid 90’s and midlands clubs were snobby). So anyway, I got to meet a lot of dj’s and industry people, then i started dj’ing more myself and ended up playing gigs with a lot of of the dj’s that had influenced me.

You’ve released so many classic tunes over years in various guises. Do you have a favourite?

Thank you. There are a few old faves but if I had to pick one right now i’d say the Quivver remix of Tilt & Maria Naylor ‘Angry Skies’.

One thing I respect about you is that you’re multi talented and can pretty much nail anything; from banging underground stuff to polished sounding commercial club anthems.  You also have one of the most distinctive voices in dance music and I believe there was talk about you doing a rock album a while ago. Is that project still in the pipeline?

Thanks. Yes this album project has actually been in the pipeline since I started making music.. early versions of it were almost released on Perfecto and then Virgin but due to one thing and another it got put on the back burner and never got finished.  It’s what I always intended to do long-term, I just got side-tracked for nearly 20 years 🙂  Anyway the album will be out this year, it’s 100% finished and and i’m very, very happy with it.

What would you say to purists who think you might have sold out by doing the “I don’t wanna wait” release on Toolroom? Guessing you don’t feel under pressure to live up to any expectations and feel comfortable doing whatever you want?

If by ‘purists’ you mean chin-stroking bores who think they know better than everyone else – then what i would say to them is – kiss my arse…and then fuck off!  It’s not healthy to make music worrying about what purists might think, it stifles creativity. I know producers who worry so much about trying to be too cool for school that their music (and their careers) have suffered because of it. I’ve always enjoyed vocal tracks and with ‘i don’t wanna wait’ I wanted to make a big, feel-good vocal track with a piano on it – so i did, and a lot of people liked it and played it. I think as long as you’re enthusiastic about the music you’re making and you are personally happy with it, that’s all that matters. Fuck purists.

A standard question but; you must have collected some serious studio gear over the years. Do you have a favourite piece of equipment you couldn’t live without?

Probably the Virus TI Polar. I sold a lot of my old gear and left a lot back in England when I moved so that’s the only outboard synth I use now.

You moved to LA a long time ago, so it’s safe to say it’s a place you call home now. Which area are you in living in? Obviously there are loads of famous actors and movie bosses based there. What was the reason you moved out there? Have you ever fancied doing some work for movies or TV shows?

I live in North Hollywood at the moment. I’ve moved around quite a bit since i got here (almost 7 years ago). Yes movie and TV stuff is something I want to do more of. I did some work on a couple of films (Pelham 123 and twelve) with composer Harry Gregson-Williams and i’ve had a lot of stuff licensed to tv shows and movie trailers since i’ve been here. I’m supposed to be scoring 2 films on my own this year so i’m keeping my fingers crossed that they happen.

Hear that you’re reviving Boz Boz for it’s tenth anniversary. It was actually one of my favourite labels of the early 2000’s. Can you give us the scoop on what you’ve got coming up?

That’s good to hear 🙂  I’ve got a lot of new Quivver stuff so some of that will be coming out first.  Other than that i’ll just be keeping my ears open. The relaunch was actually supposed to be happening later this year but we had to rush to get the new single (a cover of Gwen Guthrie’s “Ain’t Nothin’ Goin’ On But The Rent“) out asap after I got a promo of another cover version on Anjuna a couple of weeks ago. That messed up our plans a bit but hopefully it won’t hurt the release. The other versions are completely different to mine anyway.

Finally, today’s scene is tough. There’s more competition than ever and everyone seems to be competing to release on the biggest labels. So what advice would you give to artists who want to get signed on your label? How do they need to approach you? What do you look for in an artist? What will make you ignore demos? How can they deal with you in the right way?

Good question. First of all make the demos as quick and easy to access as possible, like a soundcloud link or low res email attachment.  It’ll obviously help if people have some kind of track record but as far as the sound goes it’s hard to say, it’ll be down to my personal taste in the end so if people really want to release a track on Boz Boz they should check out a couple of my dj mixes on soundcloud and try to come up with something they think i’ll like. 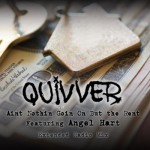