I can remember like it was yesterday the last time I saw John Graham, a.k.a. Quivver, live here in New York City. The club was the legendary Sullivan Room, and after DJing a myriad of shows there, I was probably more surprised at the energy than I ever had been walking through the door on that night. The very first thing that happened, and the only time it ever happened during my experiences there, was that the manager literally came up to me, bursting with anticipation, and all he could say was “Quivver’s here!”

John Graham has been a staple of the electronic music world for over 2 decades, producing and performing some of the most epic, legendary sounds the dance industry has seen. His latest EP, entitled “Ain’t Nothin Goin On but the Rent” is a testament to his sage-like wisdom in the ways of interweaving sounds, and a tribute to the history of quality dance music from a man who knows it like no other.

The EP, released on Grahams’ renowned Boz Boz to celebrate the tenth anniversary of the label, contains 3 cuts (1 is a radio mix) of Quivver’s cover the of the 1986 R&B classic of the same title by Gwen Guthrie. Angel Hart joins him again, following their last collaboration “I Don’t Want to Wait” (Toolroom), to provide the soulful, rich vocals that drive the pounding rhythm. The project has been, in fact, nearly 4 years in the making, deriving from a bootleg Quivver did for an appearance at Glastonbury that elicited such a crowd response it pushed him to do a proper cover. With Angel joining on about a year after the idea, and then several more years of production involving the Dub Mix and the plans behind the release, the decision was made to launch “Ain’t Nothin Goin On but the Rent” on Graham’s own label Boz Boz, and with that relaunching the historic label itself, giving an epic testament to the enduring quality that both artist and label have been so well known for.

The Full Vocal Mix, 1st on the EP, is, simply put, a beautiful homage to the classic sounds of the 80s yet fit into a modern, clean house context. The sounds carry all the reminiscent features of the time period, and Quivver’s technical knowledge of the nuances of the 80s comes into a beautiful light. The sonic fullness of the percussion, with deep hitting toms and congas (from a time when producers weren’t afraid to let those puppies roar), the luscious, richly textured pads, and heavy “big drum” reverb are all hallmarks of the era. The funkier saw bassline and the synthetic horns put the icing on the cake: here you have all the best elements of the vibe of 1986. But it is in the remodeling of these sounds where Quivver really shows his prowess: the tighter use of compression and limiting, the containment and punchier reinforcement of the low-end, and the crispy and markedly bright highs are all conventions of the modern-era that have shown the mastery as producers of the sounds created by our predecessors. The Full Mix takes the best elements and, literally, makes them better.

In the Dub Mix, we get a taste of a more modern, deep reinterpretation. As with the original, Angel Hart’s vocals soar, and provide the perfect ethereal feel to the groove of the track. Her own vocal style perfectly captures that original 80s feel as well: soulful, profound, and passionate. Here on the production end, we get more of a taste of Quivver’s dark side, with an intimately deep baseline that just oozes with groovy funk, and some intricately patterned vocal samples and percussion that are a dancefloor’s best friend for eliciting movement and action. The well timed build provides the perfect anticipation and highlights the best elements of the song, and the subsequent drop of the groove slams all these elements back to you for a one-two punch that, simply, just makes you want dance.

To truly appreciate his mastery, let’s step back a moment and consider what the 80s meant for dance music, because it is in this profound period of experimentation that the hallmark sounds of today’s modern electronic styles truly owe their origins. The modern methods for use of synthesizers, the invention of digital reverb, and the current methods for sampling instruments all came to full fruition during the 1980s, and John not only acknowledges but shows his appreciation for the mastery of style that the forefathers of dance had developed during this time. Furthermore, he shows his own mastery as an artist by taking it to the next level with a contextually modern reinterpretation of the original from the point of view of sonic character and modern mixing. All in all, this EP is a legitimate piece of musical art, and another grand slam from John Graham. 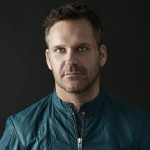 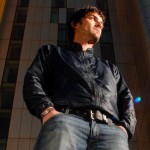