Hi Rebekah, thanks for joining us. I saw on your page you’ve created a new group on Facebook because it’s been restricting the post reach on the music and videos that you’re sharing. We’ve learned that Facebook’s algorithm kills post reach on anything it determines as self promotion these days. So how badly has your post reach been affected?

Rebekah: It’s averaging around 7% of my actual page followers for links to music or interviews. Photos and videos organically reach around 10-15%. Obviously Facebook wants you to pay now, so page owners are becoming its main advertisers. Social media is big business, which kind of goes against the whole idea of what it originally set out to be. Unless that was the original idea and we’ve all just been lured in… in fact that sounds probably right!

Do you think as an industry we need to now rethink the way we’re sharing content online?

Rebekah: There are people that work social media PR for a living, it’s their job and they keep up to date with the algorithm to keep ahead of the game, but for me it’s so annoying these sites change the rules all the time. What works one week to reach your followers won’t necessarily work the next.

On the flip side, we’ve noticed whenever there’s trouble kicking off on Fakebook, its algorithm appears prioritise these posts above all else. It feels almost as if everyone is waiting to get stuck in on the next ‘witch hunt’…

In recent times with Trump in power people have become more concerned with the state of our world and current affairs.

Dance music has always been able to reach people and to open people’s minds through music and recreational drugs, so some will use this as a platform for political agenda and to get messages across.

I’m all for sharing ideas but doing it in an open-minded way where we are listening to opinions that we might not agree with but allowing others to have theirs.

What’s not cool is the ideology of my way or the highway, that sounds like dictatorship to me and I personally believe has no place in dance music.

So do you feel the politically correct agenda, that’s being pushed heavily by some parts of the dance music media, is fuelling hate and division in our scene? For example, is linking a CDJ to patriarchy, racism, gay rights and feminism a step too far?

Rebekah: I think there is a time and place for every conversation, in the middle of a Pioneer CDJ piece I’m not so sure but I have to live what I preach and it’s just opinions and dance music is encouraging more and more different opinions and think pieces to filter through. Everyone has to make up their own minds.

So you started your group so you could engage differently and get closer to fans, but are there any other reasons?

Rebekah: A long time ago when I started my Facebook page the concept behind it was to build a community and share music. I want to learn more and what better way to do this than to communicate in the purest of language, through music.

I knew I could post a million photos of myself in different locations and build a following quickly, but that was less important to me.

Fast forward a few years with Facebook the way it is now; today the emphasis seems to have become more about the marketing aspect of being a DJ. It seemed the only way for me to take it back to the music and reach more people was to form ‘All About The Music’.

The group is open so people can ask to join. It’s a nice way to share music, get people talking about things they’re passionate about and hopefully discover some new gems too.

Sounds like a great idea Rebekah but how are you going to stop people spamming the group?

Rebekah: The rules are you can’t go in all guns blazing and promote your own music. I also have to abide by the rules too because in this community, because my comments and voice are as important as the next persons.

We have quite a few people moderating because I really want to discourage spam. We aren’t posting DJ mixes either. It’s just pure pieces of music that are leaning mainly towards techno.

So far everyone has been incredible with sharing music and commenting. A few well known DJs have joined and it just feels like a nice place where everyone is on even footing and very respectful of one another.

So you hope this group is going to create a nice online distraction from some of the garb clogging up our daily newsfeeds?

Rebekah: The rave scene in the UK was born out of political turmoil, there were riots happening over poll tax, football hooliganism and a huge recession happening, but it was music that brought people together. That and some E’s of course but for me nowadays it’s all about the music. 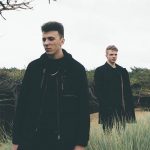 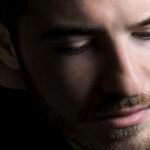