With a name like ‘Bassporn’, you’d be forgiven for assuming that the lead track is going to be another speaker-destroying rave-up like ‘Turn Around My Friend’, but it’s not really. Does that mean that Robert Babicz is guilty of a little bit of false advertising? Not at all. His bassline here is still an awe-inspiring presence on the track, with its high-impact gut-punches periodically giving way to groovy up-lifts. The rest of the track builds a cool, melodic deep house sound around the bass, with mellow pads contrasting with firing percussion and an elastic synth line that really pulls the track forward. I feel like I say this a lot, but this is another of Robert Babicz’s best creations in recent times.

Guy Mantzur has just completed a string of amazing remixes for his own Plattenbank label, and he’s really come up with something special again for his interpretation of ‘Bassporn’. Mantzur takes the focus off the bass and places it on the remarkable hypnotic lead that immediately lends the track urgency and forward-momentum, and his remix is a masterclass in how to use just a few well chosen and deployed elements to create a 10 minute long atmospheric and dramatic work of art. It’s a slow burner, with the percussion only really taking off a little before 3 minutes in, and vocal pads and trancey sounds gradually carrying us to the breakdown, where Mantzur reduces the track to nothing but haunting pads and white noise before smashing it out of the park. This one has been hammered by Hernan Cattaneo, and it’s not exactly hard to see why it appeals to him so much.

Berlin/US duo Namito & Solmaz Lou don’t waste any time, firing up their own rolling bassline before letting Robert Babicz’s emerge underneath. Despite the heavy-hitting start, though, their remix is a surprisingly melodic and emotional take on the track, with a Vangelis-esque breakdown setting up simple but moving pads and fluttering glassy motifs, which work really well as counterpoints to the twin basslines. My one complaint here is that the remix ends a little abruptly, and from a DJ’s perspective I’d have liked to have another minute of the track being stripped down a bit to play with. But overall, this is another winner.

Those are tough acts to follow, but with one excellent remix of Robert Babicz under his belt already this year and a truly superb EP on Poker Flat current doing the rounds, it’s not exactly a surprise that Tim Engelhardt is up to the job. Engelhardt initially sticks quite close to Robert Babicz’s original, with a stripped-back version of the bassline sitting in the background and other elements of the track making appearances, but Engelhardt’s own pulsing bassline soon plays out an understated chord sequence, while he lets dancing, abstract melodies sparkle on top. The second half is more of the same, but with Robert Babicz’s smooth pads from the original making a welcome appearance, accompanied by gorgeous string-like sounds. Predictably excellent work from Tim Engelhardt.

Finally, Robert Babicz climbs back into the driving seat for ‘Buffalo’, a funky, spiky, snarling beast of a track boasting two incredible drops, and featuring one of the most memorable hi-hat sounds you’re likely to hear anytime soon – even at that level of detail, Robert Babicz’s productions sound like no one else’s. It’s kinda mindblowing that this is the kind of material that he can afford to treat as a B-side.

I recently suggested (not entirely seriously, of course) that it wasn’t worth continuing to review Robert Babicz’s releases, since reviews are meant to tell you what’s worthwhile and what isn’t, and with a Robert Babicz release you already know the answer. But I’m very glad I’ve ignored my own advice here, since this is an utterly outstanding EP. Both originals kick ass, and all three remixes bring something distinctive to the table without compromising on quality – if that’s not enough of a recommendation for you, I don’t know what would be. 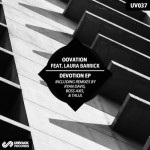 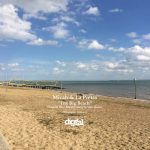