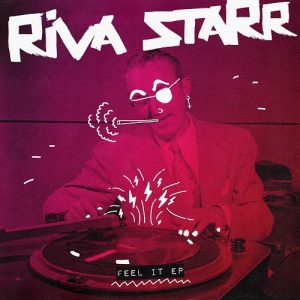 Prolific DJ/producer and house music sharpshooter Riva Starr delivers ‘Feel It’, his first solo EP of the year via his illustrious Snatch! Records on 25th October 2019.

Arriving not long after Star B’s ‘Gotta Have You’ – the first single from Starr’s new collaborative project with British house and techno counterpart Mark Broom – the East London based Italian selector has enjoyed a successful spell of releases in 2019 which has included additional collaborations with the likes of British house duo CamelPhat and Philadelphia spoken word artist Ursula Rucker on ‘Crystal Clear’ plus the famed US electro/old-school hip-hop DJ/producer Arthur Baker on ‘Now Hands Clap’.

Now Starr steps up to provide his first solo EP of the year comprising of 3 stellar dance floor ready productions in the form of title-track ‘Feel It’, ‘Around Me’ Feat. Dajae and ‘In The Zone’. ‘Feel It’ kicks things off and carries a bouncing house beat with motoric, intermittently shimmering production where its infectious female vocal sample delivers just the right vibe: a stimulating ‘feel good’ club groove.

‘Around Me’ follows on, showcasing a thicker pulse with rolling hi-hat percussion, lush sustained chord sounds, climactic production and the divine soulful vocals from talented Chicago-based singer Dajae. The final track, ‘In The Zone’ shifts to a lower frequency rhythm serving up an off-kilter techno-tinged workout with jangly effects and other-worldly, bass crackling dissonance.

‘Feel It’ EP is available exclusively via Beatport on 25th October 2019 and everywhere else two weeks later.

‘Feel It’ is available to pre-order on Beatport: HERE 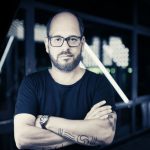 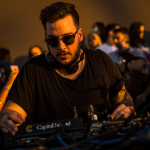