This November, techno kingpin and Ibiza tastemaker Sven Väth returns to mix up ‘The Sound of the 19th Season’ on his own Cocoon Recordings.

To this day, Sven Väth represents the electronic music scene like no other DJ. In the nineties he was mentor and shaman, operating from Frankfurt, Germany and introducing us to the world of electronic music. Decades later he is still at the forefront of the global scene never more so than with his famous weekday party in Ibiza, which this year set up at Pacha on a Wednesday for the first time, and was again an essential weekly event. This double mix CD is a testament to that which shows Väth and Cocoon have their finger firmly on the pulse.

Across two CDs, the annual and influential mixes call on a host of producers old and new to tell the tale of the season that was.

Sven Väth ‘The Sound of the 19th Season’ is out on Cocoon Recordings on 23rd November 2018. 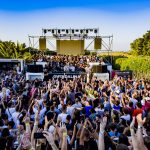 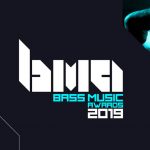