The Advent is one of the most accomplished techno producers to come from the UK, but he has many strings to his bow by also producing other electronic genres. When producing house tracks he uses his alter ego G-Flame which is a name he has also used to collaborate with Mr.G.

G-Flame has worked with many labels but his most recent offering comes courtesy of Davide Squillace’s label This And That, which also featured a release from him in 2018.

Titled “Heaven”, the new release features a single original plus a remix from Riva Starr who is another artist that has proven himself in a number of genres having featured techy tracks on Adam Beyer’s Truesoul amidst his many house releases on labels including Hot Creations, Relief and his own Snatch! Records.

This time Riva Starr is working in the style he is best known for providing a jacking rework with a chunky sound, which complements the original version that has a driving groove made using layers of rhythmic percussion and a prominent vocal sample.

In both the original and remix the vocal is used as a prominent feature that adds some spice to the powerful backing track which has momentum enough to move both body and mind.

Uniquely inspired, the original is reminiscent of works by Robert Hood’s Floorplan alias and the remix provides a floor-filling alternative suited to the style of people like Pete Tong or Annie Mac. 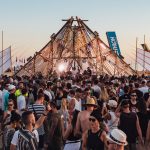 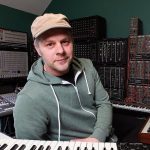