Onwards and upwards for the Selador family, as they present their 3rd showcase with new music from Never More, Marc DePulse, Lonya, Several Definitions, and Datametrik.

Never More is the only new name to me here, but he gets the release off to a fine start with the aptly named ‘Forward Momentum’, with its suspenseful drones, urgent hooks, flailing handclaps, and really coming to life after two minutes when the bass makes its presence felt. The breakdown features some surprisingly gentle chords, glassy melodies, and bass licks, before the retro bass sounds are let off the leash in the second half.

Marc DePulse has had his fingerprints on some of my music of late, with few tracks in 2015 appealing to me more than Selador’s own Dave Seaman’s remix of his excellent ‘My Daily Keys’, and his remix of Pauke Schaumburg’s ‘Affair’ (also on his own Jeahmon! label) providing one of the best recent examples of soulful vocal house. So to say the least, it’s no disappointment to find him back on Selador, following up a great remix of Joal’s ‘Uncover to Discover’ last year. ‘Slapstick’ is a percussive, techy weapon, with bold brassy stabs, clipped vocal samples, minimalist but memorable bass work, brilliantly edgy breakdowns, and wicked snarerolls.

Lonya has been on a real roll recently, with excellent releases on the likes of Sudbeat and Plattenbank, and a cool remix of Cristoph for Selador at the start of the year. ‘Makore 7’ is nice and funky, and boasts one of Lonya’s trademark warped but driving basslines, electrifying stabs, and thrilling grimy acid lines. Great stuff, and easily one of the best, most exciting slices of acidic techno I’ve heard in the past few months.

Next up we have Several Definitions, making his debut on Selador – and what a debut it is. This is easily the standard track on the release for me, despite the quality of the other offerings. The intro has shades of classic underground trance – I’m reminded of X-Cabs’ ‘Adena’ for example – with its chattering hi-hats, languid but menacing hook, and atmosphere-setting squelches, while the track that follows throws strange sounds, distinctive vocal samples, and intricate but powerful percussion at the listener, before reaching melodic and emotional finales soon after the four minute mark and again in the penultimate minute of the track. Do they still make them like they used to? Who cares – Several Definitions is making them like this, now.

That’s a tough act to follow, but the Datametrik boys follow up their excellent EP for Selador last year with ‘Eros’, another dark but uplifting slice of futuristic and melodic techno, with bleepy, abstract riffs playing out over heavy bass tones.

This is one of Selador’s strongest packages to date, with all five cuts holding their own comfortably, and Several Definitions somehow managing to create something that stands out even in such esteemed company. 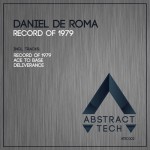 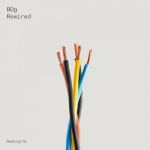