Timo Maas was this interviewers hero back in the day. It was ace to finally catch up with him and chat about some of the projects that brought him to fame.

Hi Timo Maas, thanks for talking to us at C-U.

What was the scene like in Germany when you first started clubbing and where did you go partying?

Timo Maas: Well that was early 80`s, electronic music/scene/clubs were non-existent. I went to the big commercial clubs that were spread all over and there was a lot of “tent parties” on the countryside, where I am from.

What was your first ever release, where and how did you make it and is it something you could ever play in a set these days?

Timo Maas: It was called “the final XS”, and it was a more or less cheesy happy hardcore thing and NOOOOO, I couldn’t and wouldn’t play it nowadays, that’s also more than 23 years ago.

You exploded on to the global stage back in the ‘hard and wet’ days with tracks like Der Schieber, remixes for Azzido Da Bass – Dooms Night counting as defining tunes in clubland at their time.  What do you feel was the real break through point in your career?

Timo Maas: It was more other people trying to describe my sound and there was the DJ Corvin Dalek, who actually found the expression “wet&hard” for this. I have to admit that from all things that went through the roof these days, the Azzido remix was surely THE one to open all doors.

You held a residency for a short while at Union @ Space in Leeds – which was a small club back in the days but showcased all the greatest progressive artists. What were your memories of it and working with Dave Elliott?

Timo Maas: DAVID ELLIOTT!!!! We had loooaaads of fun that days, Leeds was superb due to his crazy parties I have solely great memories!

I remember the CD you recorded for Mixmag being pretty special for me at the time.  Have you ever checked it for a nostalgia trip?

Timo Maas: You mean the “dirty trancing” one, yeah I actually heard it recently! and it still stands out as there was nothing sounding like this back in that day.

What would you count as your best ever release or the one you’re most proud of?

Timo Maas: Ah man, there’s too many! but there were some very outstanding ones like Azzido, Depeche Remixes, Subtellite on Cocoon or recently the McCartney Remix that ended up as my second Grammy nomination.

You’ve just released remixes of Moby’s ‘Porcelain’ on your label Rockets and Ponies. How did this come about?

Timo Maas: We managed to be one of the labels being allowed to re release old Moby tracks with new remixes. I immediately asked James Teej to work on one together with me, as I think he’s really one of the best producers and also partners out there to make it right! And having Sebastian Muallert on my label was a dream anyways… I love both re interpretations a lot!

What other releases do you have coming up in 2017?

Timo Maas: There is a new Track on My Favorite Robot coming out soon with my mate Aidan Lavelle, with a very cool remix of Re:You.  I’m working on a whole bunch of remixes for underground and pop stuff, new club music is being written as we speak and the so called “strange and experimental” projects I always have, are developing too…keep your eyes and ears open!

What future plans do you have with the label?

Timo Maas: I want to keep it as an open-minded playground of quality sophisticated electronic music!

What gigs do you have coming up and how can people stay in touch?

Timo Maas: I’ll be touring a lot in the next months all over Europe, Asia and the US with the occasional Ibiza shows (Ants, DC10 and a vey special show I can’t yet talk about), my next UK show will be at Glastonbury on the amazing Glade stage!… happy to be busy! 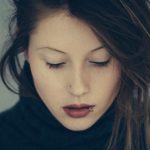 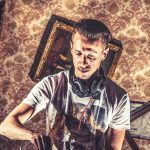