Derrick May’s legendary Transmat imprint will see releases from Scan 7, Drummer B and Mbulelo all on the same day!

Derrick May’s Transmat label has been at the heart of electronic music for over 30 years now, helping shape the musical landscape from his early iconic offerings such as ‘Strings of Life’ and ‘Nude Photo’ through the development of artist like Carl Craig and on to their modern place in techno. Now the much lauded imprint saddles up for summer with three superb EPs all dropping on the same day in July.

The first release comes from Trackmaster Lou and his colleagues who make up Scan 7. After emerging as lieutenants in the fierce sci-fi political milieu of Underground Resistance in the early 90s, they now add a new source of righteous energy to power the unit’s latest release which includes four tracks moved by the sound of Detroit’s ministries entitled Test of Time EP.

The second release comes from Drummer B who is described by Cornelius Harris of Underground Resistance as “Standing on the corner of techno and hip-hop.” He is the nephew of Detroit jazz great Allen Barnes and is the sort of producer who could only come from Detroit. Sharing credit with Detroit’s hip-hop heavies that include Danny Brown and Proof from D12, the producer born Leonard Ware stepped out on his own with the self-released 2016 album Space Bounce and continues his musical journey with the first of two releases on Derrick May’s Transmat label, The Diamond Project EP 1.

The final release comes from Mbulelo, a producer who grew up immersed in the deep and luxurious house music that dominates the airwaves in South Africa. The 23-year-old Johannesburg producer has accepted the youthful challenge to invert the sound of his predecessors, and he succeeds splendidly on his first release for Transmat, The Robotic People EP. 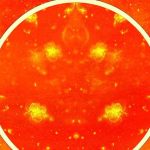