Tube & Berger are a German duo and label owners of Kittball, but their tacks can also be found on KATERMUKKE, Toolroom and Suara.

Breaking through in 2004 with a track that went straight to the top of the Billboard Dance Radio Chart, Tube & Berger tracks incorporate real-life recording and samples to create a blend of textures. Their intricate, emotion-laden production style creates records that are organic and evocative, without losing that dancefloor punch essential for the modern-day DJ.

Tube & Berger have undoubtedly shaped the House genre, crafting several scene defining records in the last couple of years. More notably is ‘Imprint of Pleasure’, a heart-wrenchingly poignant dance floor anthem released on Suara Records that was named Beatport’s 9thTop Selling Track of All Time, racked up a hefty 32 million streams on Spotify and has provided the soundtrack for festivals and dance floors for over many years.

Not only do their tracks pick up heavyweight support from big-name DJ’s ranging from Pete Tong to Claptone. The guys have also become headline DJ’s themselves, and often fly around the globe headlining events and festivals.

Having proven themselves Ibiza heavyweights with frequent shows at ANTS in Ushuaia and Booom! Ibiza. They have also played festival sets at Tomorrowland, Loveweek Festival, Eastport Festival and Claptone’s Masquerade amongst many others.

The guys have provided us with this exclusive mix for the CU podcast series that is in their trademark charismatic style which is both vibrant and full of percussive flair.

You can find Tube & Berger’s tracks on Beatport from HERE 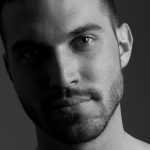 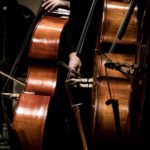