The 35th annual Winter Music Conference (WMC) just announced its first wave of programming, returning to Miami Beach on March 16-19 at The Faena Forum. Deemed as the longest running conference of its kind, WMC rolled out a slate with legendary artists, cutting-edge conversation topics, high-end brands and forward-thinking speakers that should properly set the tone for the music industry in 2020.

2020 will see new activations under its four pillars – music, technology, education and culture. With the goal of advancing the culture’s dialogue and educating new audiences, WMC is introducing educational programming at its exhibition hall, networking at the new MMW Oasis, mentor sessions hosted by influential artists & executives, and ‘Signed on The Spot’ a new type of fireside chat that gives aspiring creatives a chance to be discovered.

To register and purchase badges for WMC 2020, visit WinterMusicConference.com. 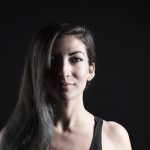 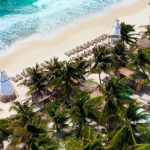